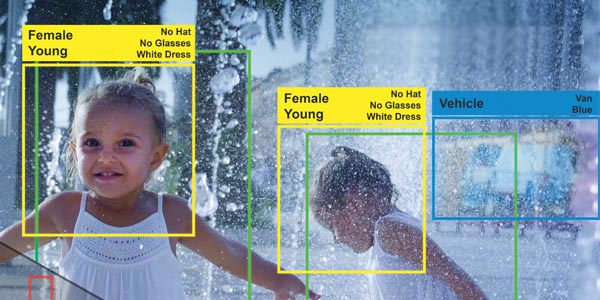 Remote monitoring of video delivers additional benefits to a vast number of businesses and organisations, but issues surrounding false alarms can incur additional costs and even result in reduced security at a site. Can the use of AI-enabled systems offer a solution to the problem?

Off-site monitoring of video surveillance systems makes a lot of sense, both in terms of enhanced security and cost-efficiencies for the end user. However, despite a growing range of products aimed specifically at linking video surveillance systems to RVRCs (Remote Video Receiving Centres) and well-documented evidence about the effectiveness of such solutions, there are still many sites which shy away from implementing remote video monitoring. The biggest issue for the industry, and its end user customers, is false alarms.

When considering false alarms, it is worth noting that the majority of these events are actually nuisance activations. False alarms tend to happen if the system has failed, whereas nuisance activations offer a clearer explanation of what has occurred: something has triggered the system, but it is not a security risk. These events can include the presence of animals and birds, wind-borne litter, environmental conditions, lighting changes, human error such as people mistakenly entering secure areas, etc..

If a site suffers from false alarms or nuisance activations, the response of the RVRC usually follows one of two paths. Either additional charges are levied for managing the higher number of alarm activations, or the monitoring service is withdrawn until remedial action is taken. This means the end user either faces a higher cost of ownership than anticipated, or loses video-based security coverage at their site. 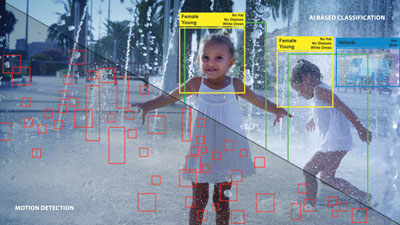 The challenge to reduce false alarms and nuisance activations has become easier with the growing use of Artificial Intelligence (AI), especially when embedded in edge devices such as cameras. AI-based filtering applies logic and learned information to ascertain – with a high degree of certainty – whether an object is an animal or a person, or if scene changes have been caused by a vehicle entering a site or a rain storm, for example.

AI-equipped cameras can carry out object recognition to ensure any alarm event represents a real risk, rather than innocuous movement or global scene change. This enhances performance for the end user and the RVRC, and preserves the return on investment from the system.

Alongside helping to significantly reduce false alarms and nuisance activations, the AI-enabled cameras are also able to deliver additional functions to assist with business intelligence, such as people counting, queue management, occupancy monitoring and auto-tracking, and can also be integrated with Wisenet Retail Insight to add user value.

The Role of Deep Learning in Smart Solutions
Benchmark June 17, 2020

Operating safely in the COVID-19 era

The Role of Deep Learning in Smart Solutions