When Axis Communications was founded, the company’s co-founders Mikael Karlsson and Martin Gren had a vision which allowed networks to be made smarter, enabling a wide range of hardware devices to be connected – simply and economically – to networks.

In 1995, Axis Communications coined the term ‘ThinServer Technology’. The idea was effectively an embedded hardware platform which delivered the ability to network almost any device, making it accessible via a web-based interface. Today we know this approach more commonly as the Internet of Things (IoT).

For two decades, Axis Communications has led the industry in provisioning IoT devices, focused primarily on video surveillance following the launch of the company’s first IP-based video camera in 1996.

As a natural extension of the current portfolio of Axis IoT solutions, and consistent with Axis Communications’ founding vision, the company has gone on to develop new approaches to create smarter businesses, supporting the market with innovation, creativity and connectivity in a new technology category – IoT audio.

In an increasingly IP converged world, the ‘holy trinity’ of voice, video and data have been established as the cornerstones of a shift from analogue to digital solutions. While Axis Communications has pioneered video development in relation to surveillance, IP-based technology has actually benefited from embedded voice capabilities for over a decade, although in some respects it remains underutilised. 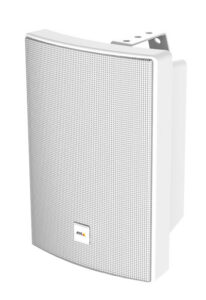 If the definition of ‘voice’ is extended to also include ‘audio’ in its various forms, a new market with additional business opportunities presents itself. The Axis range of IP-based horn speakers and the more recently launched range of IP-connected audio speakers both offering added value in a plethora of business applications.

The main benefit of implementing IoT audio technology is full integration across a business’ infrastructure. Instead of installing and managing disparate systems for different purposes, IP-based technology removes the need for siloed systems, simplifying the installation, maintenance and operational burdens.

Audio can share resources and interact with video, data capture, business and environmental monitoring, time and attendance and a host of other data-based devices to create a seamless and smarter business environment.

This approach is essential in situations such as evacuations, for example, where messages can be issued across large areas instantly, as well as allowing interaction between video information and audio messages. Equally, commercial uses are varied and can include task such as the transmission of background music or public address messages.

The audio speaker technology market is reminiscent of the opportunities that the security industry was first presented with in 1996, shifting from analogue to IP-based camera technology. There is a difference in that in 1996 significant challenges existed, regarding available bandwidth and processing capacities. 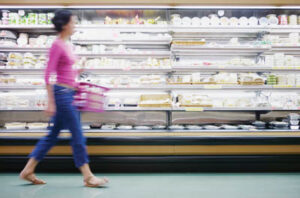 Today’s market for IP-based audio is vastly different to the one of 22 years ago which saw the rise of networked video. Back then limitations of both bandwidth and processing made the delivery of 1 frame per second of VGA resolution video a difficult task. Today’s better developed infrastructure and chipsets at least enable the use of high quality real-time audio from the start.

As with the early stages of the network camera market, Axis Communications is working diligently to address industry challenges. These include identifying partners with a specialist understanding of audio deployments, helping system integrators and security installers to adopt smart audio options as part of their portfolio, and creating the technology to boost return on investment (ROI).

IoT audio systems represent the next phase of networked technology convergence, and will form a key element in the drive to create truly smart business solutions.

To appreciate the possibilities available from audio implementations, it is worth taking a moment to consider the ideal solution for any petrol station, shopping centre or airport. In such applications, the sheer volume of IP-based horn or speaker installations soon becomes apparent. Integrators and installers are now in a position to take the benefits of power over Ethernet (PoE), an open API and SIP (Session Initiation Protocol) integration to help the disparate systems at such sites communicate with each other, developing the next stage of the smart business – IoT audio solutions integrated with video and other data collection systems.

Initially, one of the key markets for intelligent audio technology will be the retail sector. Many stores already have IP technology integrated in the form of surveillance cameras and POS (point of sale) to fight against shrinkage and to providing big data from which they can derive shopper insights. Audio technology on these sites, however, has yet to fully realise its potential as it sits in isolation from other systems. It’s not uncommon to see two separate systems installed: one for background music and one for announcements. These systems are rarely centralised, with decisions on content and infrastructure made locally.

By integrating smart technology into this mix, it takes the analogue audio framework and pushes it into the IP convergence arena. The end result is a smarter store, allowing for announcements to be made as a result of event triggers from the retail environment: queues becoming too long, for example. As with video, audio analytics such as aggression detection offer a solution for identifying potential flashpoints.

PoE, HDTV and H.265 compression are important technical innovations in the shift from analogue to IP. The benefits of SIP integration and an open API offered by Axis networked audio products will help unlock the true potential of audio, lowering the complexity of installing audio solutions while showcasing smart capabilities.

Axis Communications has already created a hallmark of excellence in the video surveillance market; an achievement it will replicate in its exploration of the audio market. By combining Axis’ history of innovation with the creativity and dedication of its partners, it will lead the charge towards creating a truly smart business.

Read about how networked audio can add value to smart solutions