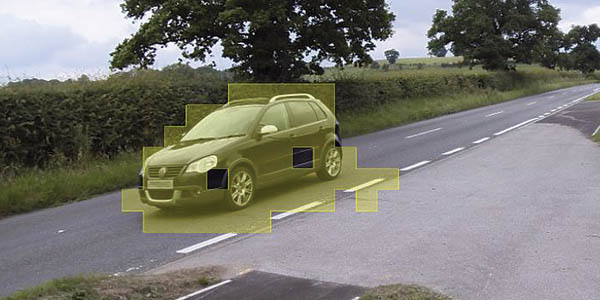 IVA makes use of scene-based metadata when carrying out analysis, but is the value of captured metadata too often overlooked by integrators and installers? If the captured metadata is used ‘after the event’, users to go back and search for new violations and exceptions that were not configured at the time of the data capture. Bosch Security enables smart management of metadata, delivering advanced benefits and added value for the end user.

IVA (intelligent video analytics) has been available in the security industry for many years, but with increasing demand for smart video, coupled with advances in processing, data management and storage, IVA has become increasingly efficient and cost-effective.

The process of analysing information gathered from video footage to initiate alerts, actions or system status changes is based on the creation and use of metadata: effectively information about information. Metadata is an essential part of IVA implementations, but often the information cannot be accessed for other uses. The IVA engine creates metadata and uses it for detections, but it cannot be further mined despite the valuable information it contains.

Bosch Security offers intelligent video analytics as an integral part of its edge device range. The technology is licence-free and offers a flexible and powerful benefit to integrators and installers. One often overlooked element of both the Bosch Essential Video Analytics (EVA) and Intelligent Video Analytics (IVA) functionality is the ability to record, manage and interrogate the captured metadata; this can even be recorded without archiving the video.

Understanding what metadata is provides a useful background when considering how it can be exploited to make an IVA-based solution more effective. It also provides a clue as to how IVA can be more flexible if the metadata is recorded.

Metadata is, in very simple terms, data that describes data. Metadata contains detailed information about multiple aspects of the captured video. Because of this, it can be used to make analytics processing and tracking more efficient.

By way of an example, metadata about a video stream would include a wide range of information, such as image size and resolution, colour depth, frame rate, creation date, plus other data such as the camera type, various settings and configurations, and in some cases the geolocation data which pinpoints where the camera is when the recording is made. 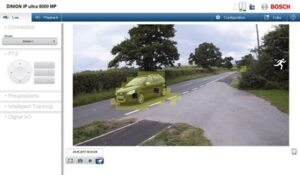 Where metadata gets more interesting for those seeking to gain benefits from IVA is that it also contains information about what is happening in the video. Changes in the stream data are recorded, such as the size, shape and colour of an object, the time it spends in the video scene along with direction and speed of motion, global and local scene changes, etc..

With more advanced IVA processing, such as that included with Bosch edge devices, it can also include information about object recognition, defining whether activity is created by a vehicle or person.

The Bosch EVA and IVA analytics engines use metadata to define and classify violations and exceptions. For example, the metadata will identify changes consistent with a person walking through a gate and use that information to flag up an alert or trigger an action if a rule is created to do this. The processing does not ‘view’ the video, but relies on metadata to identify incidents.

In some systems, the metadata is only used by the analytics engine, and once an incident flagged or bookmarked, only the metadata relating to that alarm is retained; the rest is discarded. Some will retain the alarm metadata, but it cannot be accessed for any other purposes. This is despite the fact that metadata is alphanumeric, and as such the files are small, allowing them to easily be stored and managed in a database.

However, both Bosch EVA and IVA record all the metadata, allowing it to be used for advanced searches and filtering, whether an event has been configured into the video analytics or not. Where bandwidth management is a significant issue, Bosch edge devices allow the metadata to be streamed and recorded without the video stream. This can be beneficial where information and reports about the viewed scene are required but the actual footage is not needed, such as if people counting or occupancy management are being used.

The benefit of storing metadata are manifold. It allows the user to carry out advanced interrogations of recorded video footage. For example, if – as mentioned earlier – the IVA detects a person walking through a gate, it will flag it as an alarm if the rule has been configured to do so.

However, it may transpire the person of interest was wearing a red jacket and turned left once passing through the gate. It then becomes necessary to quickly find all individuals wearing red jacket who turned lefts If the IVA was not configured to do this at the time, with some systems it might be impossible to carry out such a search.

If the metadata has been recorded, as is the case with Bosch EVA and IVA, this is achievable as it is simply a case of reinterrogating the data. This makes the system more flexible and allows a greater degree of value to be achieved.

It also allows security video footage to be used to create reports that are helpful with regard to site management or business intelligence, as mentioned earlier.

Intelligence at the edge

The concept of intelligence-at-the-edge allows enhanced flexibility when using video content analysis. The recorded metadata can be used for a full forensic search, where the rules can be changed, even after the fact, within the Bosch Video Management System or Video Client. New tasks can be defined and adapted for each search, and the recorded metadata is rescanned and evaluated accordingly.

The use of metadata makes forensic searches very time efficient, and the technology can scan a huge recording database for events within seconds.

The Bosch video analytics tools automatically create metadata, generating a usable and effective structure for video information, allowing a variety of actions to be implemented. Users can retrieve evidential video with ease, and can identify alarm events as and when necessary based upon a wide range of criteria.