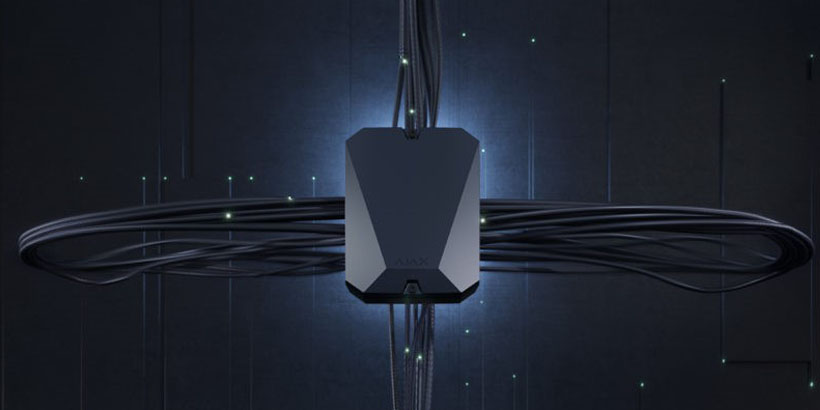 Increasingly, the benefits of wireless technology are being embraced by businesses and organisations when implementing security solutions. The flexibility of such systems, coupled with the ease of installation, makes sense when the total cost of ownership is considered. However, if sites already have legacy hard-wired systems, is the ‘rip and replace’ approach really the best option?

Wireless technology has existed in the security sector for many years now, although it’s fair to say in the past it wasn’t always as reliable or robust as required for life-safety applications. As such, professional integrators and manufacturers favoured hard-wired systems. While advances in wireless communications have significantly improved the performance of wire-free technologies, the traditional approach means there are a lot of legacy systems which are hard-wired.

Many of these systems are still capable of performing at a high level, but developments which allow intruder detection systems to offer added value and automation benefits are of growing interest to end users, so increasingly the systems are being upgraded and expanded to realise the additional functionality on offer.

One issue is that many of the new systems favour wireless connectivity, fitting in with the growth of IoT and peripheral sensors. The popularity of these systems is enhanced by the faster installation times, increased flexibility in terms of system design, and the lack of disruption to sites during installation.

The challenge for many integrators is how to marry-up new wireless systems with legacy hard-wired equipment. The ‘rip and replace’ approach, whereby older hard-wired systems are removed and replaced with wireless alternatives, does result in past investments being lost. It makes little sense to throw away perfectly functional systems, so a different approach is required so the technology can be integrated with a newer system.

To achieve this, Ajax Systems has released MultiTransmitter, an integration module that connects legacy wired detectors to the Ajax alarm system. This enables the devices to be used in a more flexible way, being deployed in automation scenarios with smartphone control and opportunities for upgrades.

The MultiTransmitter module supports 18 wired zones for connecting devices and tampers. The module has three 12V power outputs: two main and one for fire detectors. The MultiTransmitter is powered by 230V AC, and can support a backup battery. Users are notified about power problems via the Ajax app.

In the app, it is possible to define a room, a group, a device type (detector/tamper), and an alarm type for each device. Users receive a clear notification text indicating what happened, when and where, instead of the zone number of the triggered detector as is typical with standard systems. The security company also receives an alarm code.

The module can signal one of five alarm types: intrusion, fire, medical help, panic button or gas leakage. The module is tamper protected and instantly alerts the user for faults, power failure, or signal interruption of connected detectors.

The MultiTransmitter allows remote service, with remote configurations and the ability to troubleshoot or reset the system.

The MultiTransmitter supports up to 4 communication channels, which can include Ethernet, Wi-Fi and mobile data service (2G/3G/4G). If the hub can’t connect to the channels, a notification is generated. The MultiTransmitter installation and configuration is simple. The module is connected to by scanning a QR code.

Reaping the Rewards of Genuine Integration

A victory over false alarms

Maximising the Return from Alarm Systems