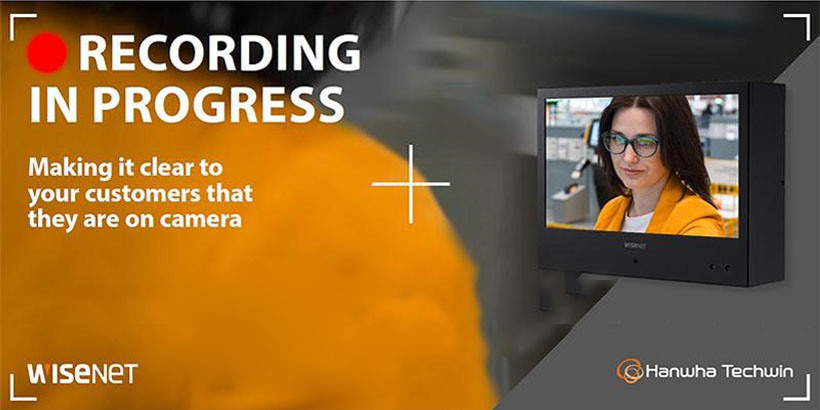 Public view monitors (PVMs) are an establish tool in the retail market. Typically deployed in public areas of a store, these show video images of the shop interior, making people aware that video recording is taking place. Historically they served two purposes: assuring genuine shoppers and staff the retailer was taking steps to protect them, and making it obvious to any would-be criminals that surveillance was in place and working.

Because of the benefits of network-connected solutions, modern PVMs offer additional functionality. The digital displays can be used to show advertisements, promotional information, public service announcements and site status information as well as security- and safety-related video streams. These additional features also allow PVMs to be utilised for fast-changing information, such as guidance to ensure a retail space remains COVID-Secure.

With the advance of edge-based processing, it is also possible to utilise video analytics to trigger specific PVM actions. For example, a warning message could be played if people try to entre back-of-house areas, or messages could direct shoppers to other till points in queues are forming in one area.

Hanwha Techwin offers a range of Wisenet PVMs which have been equipped with built-in two-megapixel cameras. The PVMs have been introduced to help retailers deter fraudsters and shoplifters, while enhancing the sales experience for genuine customers. Offering a choice of 10, 27 and 32 inch monitors, the new PVMs can be located at store entrances, along shopping aisles, as a part of merchandising displays, at till points or self-checkout pay points to maximise the added value.

Each includes an an SD/SDHC/SDXC slot which can facilitate up to 512GB of data storage. This enables the PVMs to display slide shows which could include supplier adverts, own-brand product promotions and special offers.

As default, a blinking ‘Recording in Progress’ message is superimposed over the displayed graphics. This ensures anyone intent on criminal activity is aware their actions are being recorded. Users have the option to customise the message and configure elements such as size, colour, opaqueness and positioning on the monitor.

The PVMs are supported by the Wisenet WAVE and SSM video management platforms, as well as Wisenet NVRs. As a result, the PVMs can be programmed to continuously record images captured by the integral SSL-connected camera, or recording can be triggered by integral face or motion detection video analytics.

The face and motion detection features can also be configured to switch the display to live view, making people aware the area is being monitored as they will see themselves on the display as they enter a premises or move around the store. The display will revert to the original slide show after a defined time window.

The PVMs can also be integrated with tagging (EAS) systems to record images of people who leave the store after generating an alarm. The devices can also support AI-Masking, AI-Bio, AI-Face-Detect and AI-Occupancy video analytics applications, which have been developed by Hanwha Techwin’s technology partner, A.I. Tech.

The ONVIF-compliant PVMs can be used in a range of retail spaces due to the ultra-low light capabilities and Wide Dynamic Range (WDR) technology. The latter performs at up to 150dB, enabling the camera to capture clear, sharp images in contrasting light conditions.

The PVMs are powered by 12V DC, and the Wisenet SMT-1030PV 10 inch PVM also supports Power over Ethernet (PoE+). This allows a single network cable to provide both power and network connectivity over ranges of up to 100 metres.

‘With retailers increasingly relying on PVMs to play an important role within their strategic approach to loss prevention, we have designed our new models to make it quick and easy, as well as cost-effective, to deploy them across a large number of stores,’ stated Uri Guterman, Head of Product and Marketing for Hanwha Techwin Europe.

‘As the only PVMs available which, for cybersecurity and data protection purposes, are supplied with a complete built-in SSL connected camera, they eliminate the need for system integrators to install and connect a separate supporting camera, which some other PVMs require. By building in an intuitive user interface, we have made it extremely easy for busy store managers to take full advantage of the PVM’s functionality, including the ability to utilise the monitor for advertisements and signage using the slide show mode.’

Making the Most of Cloud Storage