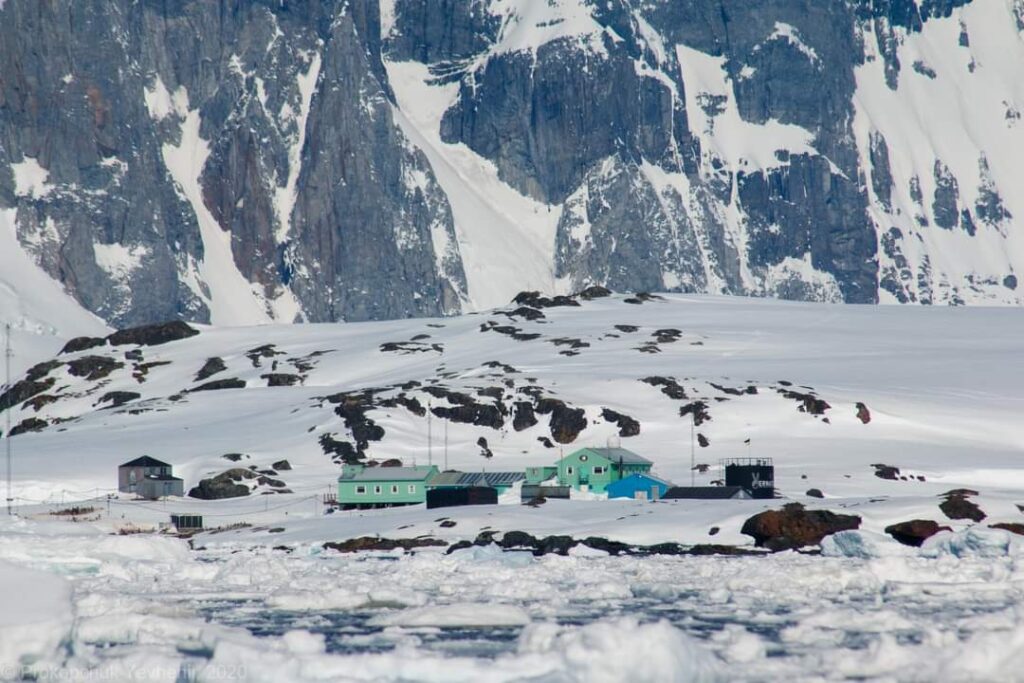 The Vernadsky Research Base, a Ukrainian Scientific Antarctic Station, has a mission to study the Southern Ocean, the Earth’s magnetic field, and Antarctica’s climate, flora, and fauna. It is located at Marina Point on Galindez Island of Argentine Islands, not far from Kyiv Peninsula.

Originally the base was called “Faraday” and belonged to the United Kingdom and was used by British polar explorers. In 1996 the complex was transferred to Ukraine and renamed Vernadsky.

Between 10 and 14 members of the Ukrainian expedition live at the Vernadsky Research Base all year round.

Located thousands of kilometres from Ukraine, the team needs to have the peace of mind that their lives will not be put at risk by preventable incidents, such as fires.

To this end, the Vernadsky Research Base has been equipped with an Ajax security system featuring FireProtect and FireProtect Plus fire detectors.

Although the Vernadsky Research Base had a fire alarm system, it had not been upgraded for 36 years (since 1985).

The old system was malfunctioning and caused false alarms. Some detectors were inoperable, and finding spare parts for them – and bringing them to Antarctica, was complex.

Antarctica is the windiest place on Earth. Even a tiny flame can quickly turn into a large blaze.

Most of the buildings at Antarctic stations were built decades ago. These are often small wooden houses with metal panels insulated with foam. When the foam burns, it releases the deadly phosgene gas.

In 2020, there was a short circuit at the Russian “Mirny” station. The fire burned down laboratories, the radio room, and other buildings.

1 – Communication reliability. The station is a complex of buildings, and it is essential to cover them with one system. For this, the most reliable radio communication with a long-range is required.

2- Maintenance. Flying a professional installer to Antarctica when there is a problem is not an option. The station engineers maintain the system themselves. It mustn’t require a lot of attention. Devices must operate from batteries for years and instantly alert if something goes wrong. For example, if a detector loses connection or batteries need to be replaced in a couple of months.

3- Fire alert. One person at the station monitors the system. You need a system with a handy alarm-monitoring app for PCs as well as loud sirens to alert people to danger.

4- Сlimate impact. During the cold season, the temperature outside drops to -27°C. In residential premises, the temperature is kept at +16-18°C, and in non-residential ones, it is set just above freezing. The specifications of the detectors must correspond to these conditions.

In addition to the Ajax hub (the security system control panel) and two sirens, 10 Ajax fire detectors were delivered to Galindez Island in West Antarctica. They protect against fire, detect smoke and rapid temperature swings, and prevent carbon monoxide poisoning.