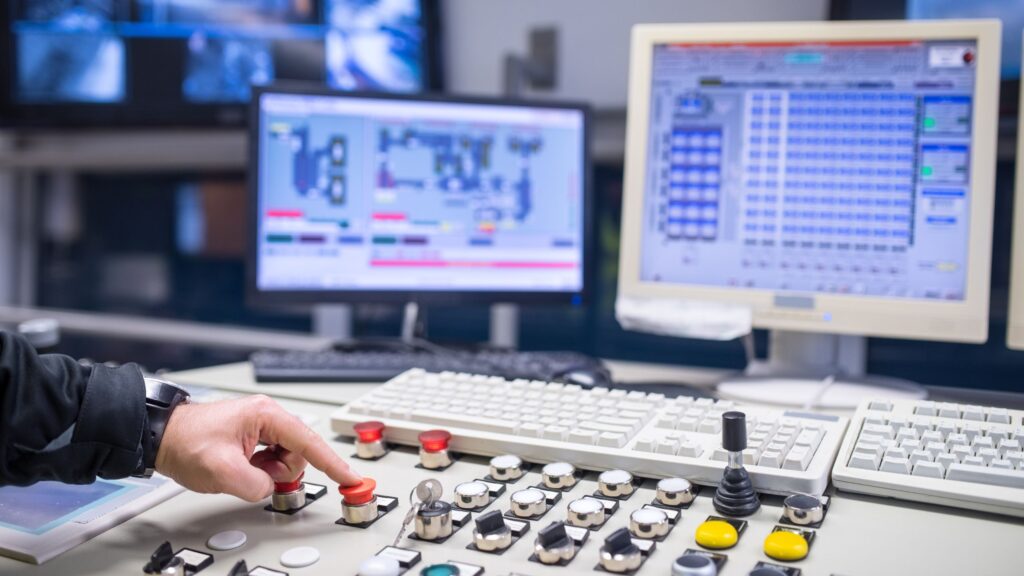 To illustrate, in May 2022, the European Union (EU) joined forces with the OACPS (Organisation of Africa, the Caribbean, and the Pacific States) to fund the DIRECCT (DIgital REsponse Connecting CiTizens) program. This initiative was undertaken to strengthen digital connectivity in the education and healthcare sectors in the Caribbean after the COVID-19 pandemic.

In another instance, in January 2022, the Indian government advised states to activate COVID-19 control rooms to ensure strict monitoring of patients under home isolation. These control rooms at the sub-district and district levels were geared toward collating daily reports of the patients and submitting them to the district administration. Moreover, the rapid advancement of digital solutions that optimise control rooms and help manage the crisis better could support security control room market growth during the pandemic.

Apart from virus control measures, the trend of setting up a security control room as a central space has also been rising considerably to respond to security incidents or threats.

Despite a significant decline in the number of cyber breaches, technology companies have continued to be impacted over recent years. According to data compiled by the U.S. Department of Health and Human Services and the ITRC, above 98.2 million individuals were victims of the ten largest data breaches during the first half of 2021, three of which occurred at technology companies.

A recent study from security company SecureAge Technology has revealed that over 48% of businesses in the U.K. experienced a breach. In comparison, 16% of employees suffered a personal cybersecurity incident during the pandemic. Such factors could influence the companies to consolidate security systems and resources to a central location and set up cyber security control rooms to reduce data breaches and leaks

High investment interest in AI tech in the defence sector

In major industrial sectors, including defence, investment in innovative technologies to boost security has increased considerably. For instance, the U.S. Department of Defence announced plans to invest over $874 million in AI-related tech in 2022 to increase deterrence against potential adversaries and enhance command, control, and computing efficiencies.

In another instance, in July 2022, the European Commission granted a total EU funding of close to USD 1.22 billion (€1.2 billion) for supporting 61 defence industrial cooperation projects under the European Defence Fund (EDF). The investment will support the AI deployment in the next generation of fighter aircraft, ships, and tanks.

With the help of AI technology, control room operators can effectively keep track of suspects involved in criminal, anti-social, or terrorist activity. The surging expenditure on cutting-edge technology could contribute to the growth of the security control room industry for defence applications.

In developing nations, there have been lapses in immediate response to natural disasters. For example, according to a Flood Situation Report, in India, over 1,633 people died, while 1.59 crore people in over 20,613 villages were affected by floods in 2019. Situations like these could increase the deployment of security control room monitors and other equipment to mitigate the effects of disastrous events.

For instance, in October 2019, the Indian government announced the establishment of an integrated control room to boost emergency response against natural calamities and conduct a strategic level of monitoring.

The growing industrialisation and the expanding number of businesses, specifically in Europe, have steered the need for ensuring smooth and faster communication for responses in the most time-efficient manner. To that end, control rooms integrated with time-delayed security devices, cutting-edge closed-circuit television, and alarm systems are recording widespread deployment in the region.

Lately, with the increasing emphasis on providing 24/7 monitoring and security technologies for wind farms to generate green energy in the whole of the U.K., the installation of control room systems has grown profoundly important. This can be attributed to their mobile phone camera application management that lets engineers transmit data and photographs directly to the video walls.

The EU-funded AI-ARC project for developing the Virtual Control Room (VCR), deployed with an AI-based platform for enhancing maritime safety and security in the Arctic Ocean region, will also play an ideal role in defining the regional market trends. Furthermore, the emergence of new security operations centres (SOC) across various European countries will also cater to the rising need for cyber threat detection, prevention, and management in industrial environments.

With corporate exposure in software and marketing, Shreya Bhute was always keen and intrigued by content development. Having pursued her graduation in I.T. engineering along, she is employed as a content writer and jots down diverse articles across distinct areas of interest.