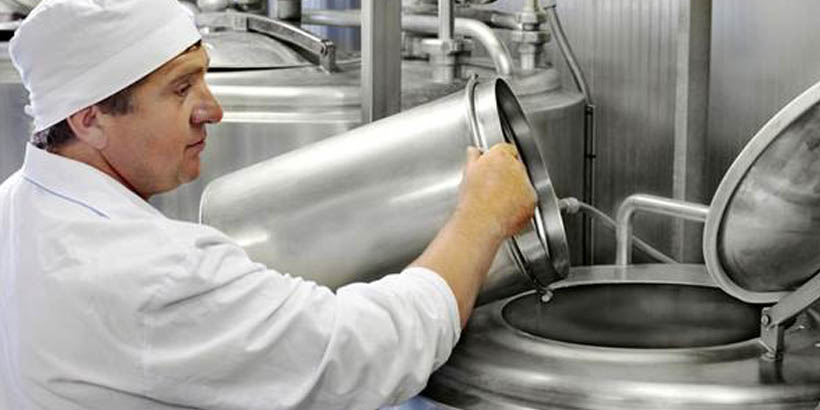 Situated near the town of Soliera in northern Italy, the dairy plant of food company Granarolo includes more than 600 farmers and 720 vehicles handle 850,000 tons of milk every year. Its dairy products include milk, yogurt, ice cream and cheese, and the plant also produces ham and pasta.

The plant’s production capacity is reflected in the size of the perimeter. The facility covers over 45,000 square metres. Located near a woodland, care was needed when it came to designing a security system to protect against intrusion.

Granarolo wanted to replace its analogue video surveillance system with a digital alternative. The challenges included the vast area of the factory, as well as the location of the perimeter. Implementing an appropriate video system with analytics was more challenging because of false alarms triggered by light changes, shadows and the constant movement of trees and plants.

The modernisation of the plant’s security system used Bosch cameras featuring built-in Intelligent Video Analytics (IVA). The security cameras’ integrated video analytics allowed virtual lines to be drawn around the protected area. When these lines are crossed by intruders, the programmed rules automatically generate alarms, alerting on-site security personnel. Whether the cameras are tasked with detecting suspicious objects or unusual movements in daylight or darkness, the provision of constant surveillance allows a focus on sensitive areas.

Bosch provided a video surveillance system with 48 Dinion series cameras. The system, which is managed from one centralised platform, is autonomous and separate from any other system or network in the plant. This ensures maximum security, even in the event of potential failures of other systems.

The new digital video surveillance and perimeter protection solution supports security personnel in maintaining maximum levels of security through the entire area. It also guarantees that food safety standards in the facility are guarded against outside influences. Ultimately, the system allows the staff to fully focus on keeping production running at all times, securing the supply chain of food against interruptions.