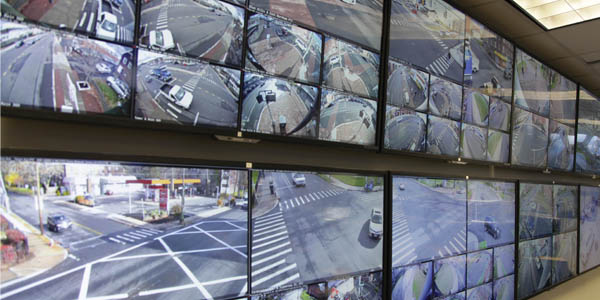 Taking an intelligent approach to video surveillance system design can often allow an end user to realise a better solution, often with capabilities beyond the sum of its parts. By applying smart technologies in a bespoke and specific way, the results can enable a more holistic approach to security, safety and space management. Here we consider how the implementation of a smart video content analysis platform ensured the capabilities of surveillance systems were fully leveraged.

Modern video surveillance systems capture a huge amount of valuable data, but all too often the information is only accessed by operators following an event, and even then it can be difficult to find relevant footage in a timely fashion. While the captured data often contains a wealth of information of great value, the cumbersome nature of manually scrubbing though hours of real-time footage from hundreds of cameras means much of the inherent value is rarely realised.

If incidents do not occur, it is common practice for the video footage to be discarded after a prescribed period, usually without being analysed to gain insights into site status or business operations. Given that many modern surveillance solutions are sold as smart systems, the difficulty when mining the big data has to be seen as a failing of the systems.

There is a solution, in the form of smart video analysis platforms, such as BriefCam’s Video Content Analytics Platform.  This enables users to leverage data from video across an entire estate of cameras and sub-systems, delivering actionable information which enables them to proactively address incidents (as they unfold), assess and detect trends, create cohesive evidence trails, search and filter with high levels of accuracy and generate reports which can be used to assess historical patterns and anomalies in activities and behaviours.

To better understand the flexibility on offer, it is worth looking at two applications which gained benefits from the implementation of the BriefCam platform.

Modern law enforcement often faces something of a dilemma. Constricting budgets can impact on the number of officers deployed to front-line duties, which places a greater emphasis on the use of technology. However, the same budgetary constraints often mean that legacy technology cannot be upgraded. The result can be fewer officers relying on out-dated systems to try and remain effective. 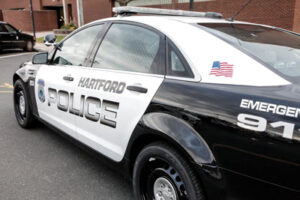 Many police services end up using fairly restrictive and complex systems that can hinder rather than help during investigations. The shame of this is many technologies, such as video analytics platforms, have advanced exponentially in the past few years and, as such, make the creation of dynamic real-time data gathering and analysis a simple task.

When the Hartford Police Department (HPD) created the Real Time Crime Center, it understood the benefits available from exploiting technology and data to aid in investigations. When the decision was made to build the centre, it was decided the BriefCam Video Content Analysis Platform would be at its heart, running in conjunction with a VMS from Milestone Systems and high quality cameras for precise image capture.

The centre includes a smart video wall with more than 30 monitors, enabling analysts to view video and other data feeds – such as information from the emergency 911 dispatch system, social media mining tools or traffic status reports – to monitor events. However, the sheer scale of the operation meant HPD needed the flexibility of the BriefCam platform to quickly and accurately assess situations, gain intelligence and investigate incidents.

One example of the benefits of the BriefCam platform came through the use of the RESEARCH module, a forensic solution including VIDEO SYNOPSIS and object overlays. RESEARCH enables the detection of all activity identified by configurable filters (allowing searches to be carried out based on whether people or vehicles are in the scene, along with additional discriminations for size, shape, speed, direction of travel, colour of clothing, down to fine details such as whether they were carrying a bag) in a viewed scene. This information, which can be from several hours of footage, can be presented as a VIDEO SYNOPSIS, or short synopsis video clip, which simultaneously displays all video objects, even if they appeared at different times. 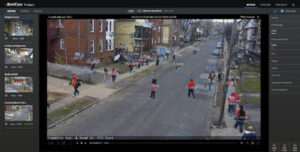 Each object is marked with a visible time stamp, to enable accelerated video review and rapid understanding of what occurred in a scene over the course of many hours or even days. While the synopsis video includes a number of consecutive incidents in one scene, clicking on the relevant time stamp will display that specific video segment. This method of delivery can be a valuable search and recovery tool, but HPD enhanced its use with objects overlays called Visual Layers, which allow trends to be visually identified.

In one instance, video of a street scene was used to track pedestrian traffic on a neighbourhood street where the police suspected drug dealing was taking place. By overlaying the synopsis footage with a path heat maps showing pedestrian travel directions, it became clear one residence was receiving an abnormally high number of daily visitors, significantly more than would be expected in a normal situation.

This data processing could be carried out quickly and easily, and as a result it identified the house worthy of further investigation. Achieving that result without the BriefCam Video Content Analysis Platform would have required a significant amount of in-person reconnaissance, surveillance man-hours and an element of luck for HPD. 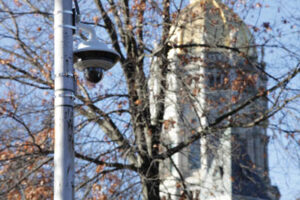 In another scenario, a suspected drug dealer was believed to be operating outside a parade of shops. Video surveillance of the scene was processed with the VIDEO SYNOPSIS function and the footage was analysed using heat mapping. This identified specific hotspots in the scene. When an arrest was made, the officers were aware of the hotspot and a quick search allowed them to locate the stash of drugs.

Again, a smart application of the BriefCam platform allowed the police to quickly gather evidence that otherwise would have required a high level of time and resources.

By simply considering the flexibility of the BriefCam platform, HPD was able to create a smart, flexible and cost-effective solution, enhancing security in the city and enabling more efficient policing.

Many of the features of the BriefCam platform are not specific to the law enforcement sector, nor are they beyond the budgets of many businesses or organisations. What makes such solutions exceptional is the way they can be designed to gain the maximum value from the platform’s advanced flexibility.

The Communauté De Communes Coeur Côte Fleurie encompasses multiple municipalities along the Normandy coast. These municipalities have invested in a smart solution leveraging the power of BriefCam Video Content Platform to ensure their operations are efficient and robust. Making use of digital infrastructure incorporating video surveillance, the community was hampered by the fact reviewing and monitoring video was demanding in terms of both time and manpower.

Meeting the needs of the local government, municipal police, national police and gendarmerie required a solution which could streamline video analysis, investigations and evidence extraction. By implementing BriefCam’s platform, the community has increased efficiency and maximised the return on investment from its video surveillance.

Seamlessly integrated into a Genetec VMS, the BriefCam platform was able to significantly increase the effectiveness of the video system, almost immediately. Captured data became both searchable and actionable, enabling critical footage to be found and used without demands on operator time or other resources. It also enabled trend detection, monitoring of potential incidents as they developed, and the creation of reports and audit trails for compliance needs.

The community’s ICT Manager, Dominique Marchive, stated, ‘By delegating video review tasks to BriefCam, we are able to more quickly understand security incidents and trends throughout the territory. The ability to accelerate investigations saves our law enforcement tremendous research and investigation time – especially in cases with large volumes of video footage to review.’

While the driving force behind the specification of the BriefCam platform was the search, filtering and investigation powers of the system, the community soon discovered how the solution added value beyond security. The platform is used for detecting traffic violations and flow patterns to ensure benefits for businesses and people navigating the region.