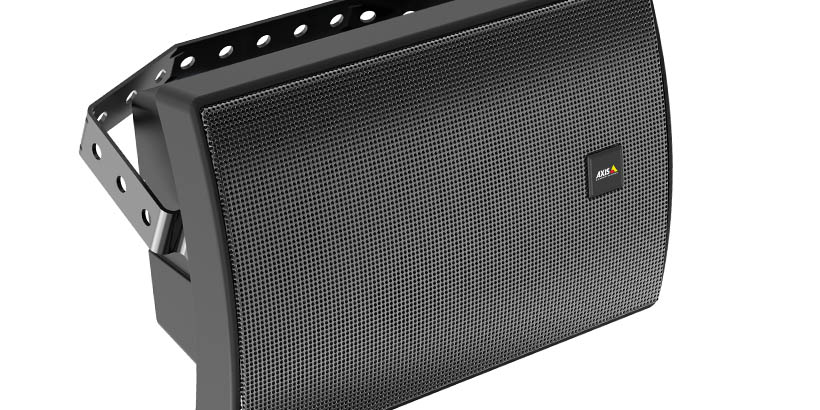 When looking to deploy a smart security system, it is important to consider not only how the smart functionality will enhance the level of protection on offer, but will also how it can increase the additional benefits for the end user. Smart solutions must deliver a range of functions to increase value. Adding audio to a system can help achieve this, as Håkan Hansson, Global Product Manager Audio at Axis Communications, explains.

More than two decades ago, the video surveillance industry saw its first steps towards a digital future following the launch of the world’s first Internet of Things (IoT) IP camera, the NetEye 200 from Axis Communications. The shift from traditional analogue solutions into the world of network-connected devices started at that time, albeit in an understated way. The NetEye 200 delivered JPEG images at a resolution of 352 x 288 pixels, with one frame being transmitted in just under a second!

However, as performance capabilities increased and economies of scale made the technologies more cost-effective, the introduction of network connectivity facilitated the introduction of more intelligent and safer systems for a wide range of different applications. 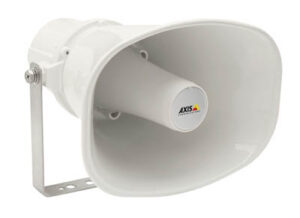 Today, it could be argued that a similar transition is taking place in the world of audio, as system integrators, security installers and end users are beginning to realise the benefits of IP-connected audio solutions.

As well as being a complementary system to IP-based video surveillance and access control systems, IP-based audio is forging an importance of its own by helping businesses improve security and safety, whilst allowing users to work more intelligently by adding to site and business management. In turn, this also enables system integrators and security installers to enjoy increased revenue streams.

Network-connected audio has a number of benefits, both for those designing and implementing solutions, and for those who use them. These benefits range from ease-of-installation to the delivery of a future-proofed solution. 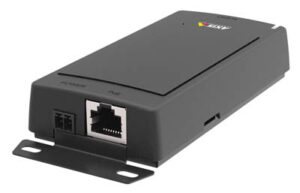 For the system integrator and security installer, ease-of-installation is a paramount concern. IP-based audio systems only require one cable for connectivity, power and communication, and as many are based on open standards, they’re simple to integrate with existing systems. This includes security systems, building automation, intelligent buildings, health and safety, process control and a host of others.

Network-connected audio systems must be thought of as more than ‘just speakers’. Everything is built into an IP audio system. Audio is captured or generated by a range of devices and sent digitally using the network. Audio servers, microphones and speakers can be placed in any location that has a network connection.

Some networked audio systems also offer built-in testing functionalities which assess whether the network and the attached devices are working correctly. If a fault is found, the system informs the administrator. 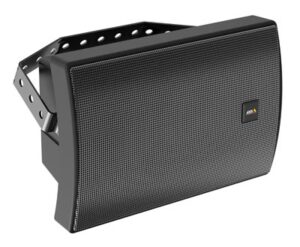 IP-based audio system’s versatility makes it an ideal option for many industries, including retail. Not only are systems compatible with music streaming services such as Spotify for Business, but it is also possible to connect the devices to any networkable audio source, allowing stores to play the most suitable music for its clientele.

In addition, many IP-connected audio systems offer the ability to schedule what the system plays over a week-long period, making it easy to record and schedule important announcements around opening and closing hours, sales, or an outlet’s latest marketing campaign. 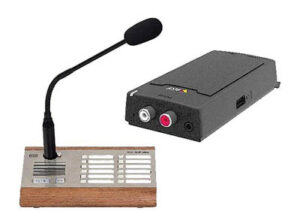 In a wide variety of applications, specifically including schools and brick-and-mortar stores, smart zoning capabilities allow users to target announcements at specific areas of the site. This is beneficial for stores where particular departments may have a special offer, but also hugely useful for schools. With smart zoning, staff can speak to individuals in certain hallways or areas, telling them to hurry along to class if they’re running late, for example.

When combined with video surveillance cameras and access control systems, IP-connected audio allows the end user to gain even more from an audio system. Intelligent solutions can be set up to perform many various tasks: for instance, sending an audio message out to staff when a camera on the video surveillance system triggers an analytic rule in recognition of a queue becoming too lengthy, calling for assistants to open other points of sale. Alternatively, an intruder crossing a perimeter into a protected area could trigger an audio message informing them that they are in a private area and are under surveillance.

Network-connected audio can add another layer to a IP-based security solution by allowing a system operator to issue an audio challenge. For example, if someone is detected on site acting in a suspicious manner, the operator can use the audio system to inform them, by way of a live announcement, they are being recorded and the police have been informed.

Where identifying features are used, such as mentioning the colour of the clothing of the person being addressed, this can act as a strong deterrent, often convincing them to leave the site before a crime is committed.

Many IP-based audio systems include built-in microphones, and gathering audio in real-time can help end users respond to incidents as they occur. Furthermore, in an emergency situation, the network can mute any other audio currently being played to ensure there is no risk that emergency announcements will be missed.

Networked audio can also be used as an active security sensor, with audio analytics that detects screams, glass breaking or gunshots, adding a new dimension to a security system.

As many IP-connected audio systems are based on open standards, they’re easy to integrate with existing and new hardware and networks. This not only saves a business or organisation money on installation costs, but also ensures a system is future-proofed.

Systems are also easy to modify to fit an expanding business, as speakers can be divided into individual zones or sub-systems, added to a video surveillance system, or updated with the latest firmware or applications to enhance functionality.

It’s clear the benefits that IP-based audio can offer across a wide spectrum of industries will add value for a variety of businesses and organisations. The technology also presents new revenue opportunities for system integrators and security installers who, by adding audio to their repertoire of IP technologies, can go even further in helping their customers improve on-premises security and operate their businesses more efficiently.

Read about how networked audio can enable smarter business

Maintaining Cybersecurity Across All Devices