Home News Spanish farmers need to up their livestock security 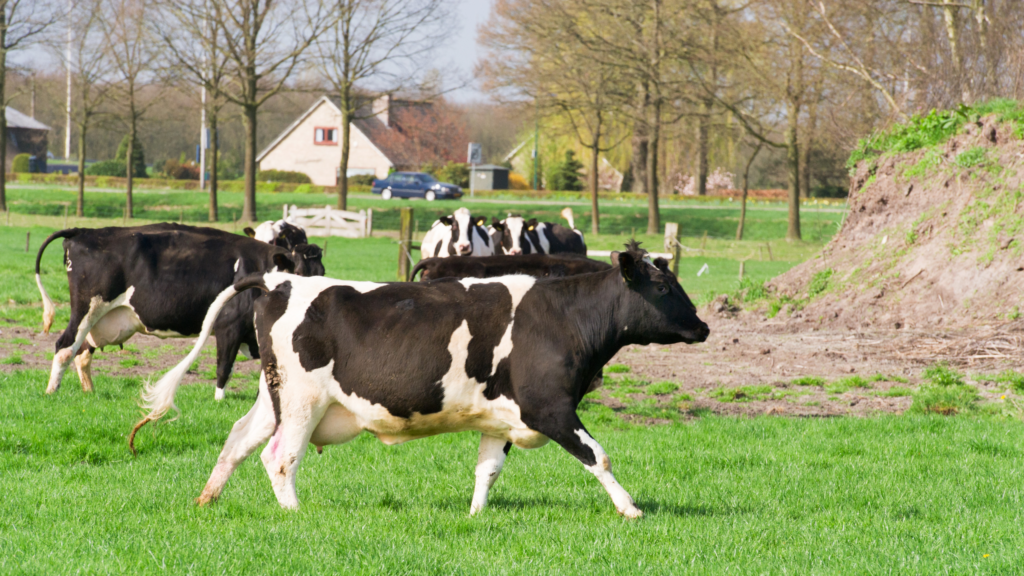 A research carried out by Spain’s Universitat Oberta de Catalunya (UOC) says that the Spanish livestock industry could be boosting its production figures by adopting new security technologies and artificial intelligence.

According to the Spanish Ministry of Agriculture, Fisheries and Food, the livestock industry accounted for over €20.2 billion of products in the Spanish economy in 2020.

Studies A UOC industrial doctoral degree from the Network and Information Technologies programme has concluded that incorporating artificial intelligence (AI) and applying it with devices, such as monitoring sensors, would optimise the livestock industry’s restocking and service planning processes, leading to higher profit and reduced costs.

“Other more highly industrialised sectors have been benefiting from Industry 4.0 principles of digital transformation for years, but the livestock industry still suffers from a low degree of digitisation,” said David Raba, author of the thesis.

Raba conducted the research INSYLO Technologies, a company specialising in the development of volumetric sensors and environmental quality.

The project specifically involved developing and installing sensors that accurately measure the amount of feed in the silos in each pig farm and designing algorithms that can achieve a more efficient distribution of feed from production plants to each farm. The study was carried out on some 500 silos on farms in the province of Girona, Spain, as well as in Wales, on the Swedish island of Gotland and in the area surrounding Manchester, England.

“Both the hardware and the software have been shown to have a positive impact on the industry, as they’re both designed to show courses of action to guide decision-making aimed at improving key performance indicators, such as transport costs, the degree of use of distribution vehicles or the number of instances of stock shortages, among others,” explained Ángel A. Juan, joint supervisor of the thesis.

The thesis states that these technologies have been insufficiently adopted in agricultural facilities such as farms. One of the reasons for this lack of development is managers’ resistance due to a lack of previous experience and deployment, as well as a lack of uptake of information systems to collect useful information on the operation and increased yield of facilities.

In fact, the greatest hindrance in the implementation of new technologies is often people’s resistance to change. “Although the technology developed in the thesis leads to improvements for all the stakeholders, there’s an inevitable – albeit low – initial investment, and making it can sometimes be difficult unless all the producers, sellers, etc. are in agreement. But, if everyone can see and accept the improvement it will mean for each of them, they will surely commit to this technology,” stressed Daniel Riera, Dean of the UOC’s Faculty of Computer Science, Multimedia and Telecommunications, researcher in the ICSO group and joint supervisor of the thesis.

Raba warned that “incorporating and integrating all the stakeholders in this digitization exercise is key, as its benefits can be reduced if they’re not all working together in sync”.

Potential for growth in the industry

Currently, controlling the various supplies for an agricultural facility, particularly as regards matters such as the volume of feed needed and the right time to replenish it, is one of the main causes of the inefficiencies experienced by animal feed manufacturers and distributors. This is a problem where the implementation of new technologies can play a key role in minimising its impact.

“The use of sensors for the remote monitoring of these farm stocks has been shown to be viable and effective in removing this information gap. Furthermore, having this reliable information makes it possible to apply methods usually applied to research and to optimise restocking processes and service planning,” explained Raba.

“Due to the volumes involved, the livestock feed industry has a huge environmental impact. When talking about such challenges, the technology scales very well, leading to significantly improved efficiencies,” said Riera with regard to the application of artificial intelligence to livestock feed control.

This project is a concrete and successful example of how collaboration between the worlds of science, academia and business can successfully help meet real needs.

“Participating in this project has been a positive experience not just for the company but also for our research group, which has gained a lot of know-how. Furthermore, it has shown how academic knowledge, which is often seen as purely theoretical with little practical application, can be used to solve real-life problems with restrictions known only to the people who deal with the daily issues of production and logistics systems,” said Juan and Tordecilla.

Initiatives such as this can create a beneficial synergy for the academic, private and public sectors, as they apply agile and efficient solutions on the cutting edge of knowledge to highly complex problems whose empirical or traditional solution may be far from optimal.

“The Spanish livestock industry is strong; it’s a source of wealth and has an excellent reputation. And now the main producers are acting to take advantage of digitisation in all their processes in order to improve their products and processes and, obviously, to optimise their costs,” concluded Raba.