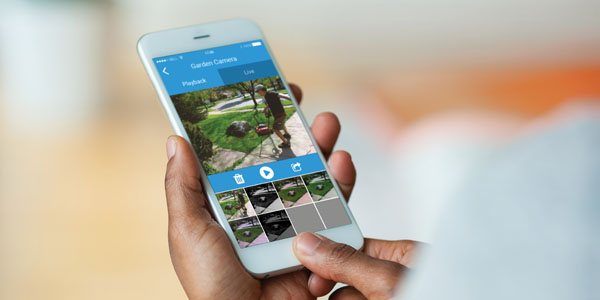 When specifying intruder alarm systems, the depth of features and functions available from modern systems make these solutions more appealing to the user. While core functionality remains focused on the detection of intruders and alarm generation, the introduction of smart elements allow end users’ demands for added value to be met. Today’s systems open up significant new opportunities for integrators and installers, and deliver a wide range of everyday benefits to the customer.

T he security sector, and specifically the intruder alarm sector, faces competition from a range of building management and smart systems which promise security along with the delivery of various added value benefits and efficiencies. These disruptive technologies aimed at the creation of intelligent buildings have an increasing profile in the business community, and this will trickle down into the residential sector too. Adoption figures show that a growing number of customers are seeking smart systems, and these users include existing security system owners and those who previously did not have systems. This indicates the new breed of intruder alarms have customer appeal.

The intruder alarm sector stood alone in the electronic security industry for many decades, due to standards which were driven by the need for police first response. The traditional intruder alarm was kept separate from other systems in a building, regardless of the type of premises being protected. The standards enforced that isolation; a position pushed by insurance industry requirements and police first response restrictions.

Just as the technology used in security has changed in the past 25 years, so have practices in the insurance and law enforcement worlds. While some end users still require graded alarm systems which are compliant with standards, many do not as they self insure or realise the potential for a timely response is minimal. Instead users want to specify levels of protection based upon their own risk assessments. Importantly, they want systems that integrate with other devices and deliver not only enhanced security, but also a growing range of specific business benefits.

When a user is seeking an intruder alarm system, they are looking for more than good catch performance, reduced false alarms and stability. Those are all attributes they expect from a professional alarm system. That systems meet standards and the installation company is approved by an inspectorate no longer is enough to sway their purchasing decision. This is not because standards and inspectorate recognition have no value, but because the system being offered doesn’t fulfil all of the user’s needs and requirements.

For integrators and installers, it is vital to understand what the customers’ expectations are. Many of the systems from outside of the security market offer wireless connectivity, video integration, push notifications, self-monitoring of processes and data sharing as standard. While these features are all available from today’s advanced intruder alarm systems, they have not always been offered (and are sometimes still not offered) as a part of a typical intruder alarm system. However, these features are not just desirable for the end user: they are essential.

Professional intruder alarm systems have been able to deliver integration with video surveillance, external detection, wireless connectivity, self monitoring and remote control via applications for many years, but the message hasn’t reached a sizeable percentage of potential customers. 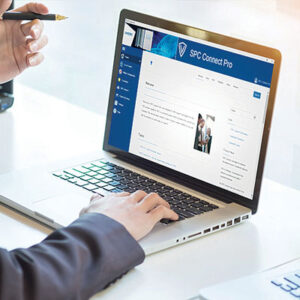 With regard to the ability to add video, there is no doubt that in a growing number of markets, video is seen as a great enabler and is considered as a standard feature in many smart systems.

The new breed of professional alarm systems support video. Unfortunately, too many end users are not aware of the possibilities, and will often have to consider how the available budget is split to include both video surveillance and intruder alarm systems. Because video is desirable and offers a number of other benefits, it generally receives the bulk of any security investment. Despite being able to manage video, intruder alarms slip down the order of importance for some users who see video as vital. However, an integrator or installer who sells a modern smart alarm system based on its full range of benefits can offer a cost-effective high-performance solution including video, audio and a host of other services.

Integration with IoT devices is another benefit that increases the popularity of intruder alarm systems. Again, the ability to switch peripheral devices has been supported by intruder alarm systems for many years, and partnerships with other security companies mean that most security systems make adding devices a simple task.

Suitable IoT options include lighting control, access control, video door entry, speech annunciators plus a host of peripheral sensors and appliance interfaces. This, coupled with building automation, brings modern intruder alarm systems into line with customer expectations. However, once again the message about the depth of functionality available from professional intruder alarm systems is not always communicated to potential customers.

In terms of functionality, one feature many users are demanding is IFTTT (if this, then that). This concept is that when a specified criteria is met, an action automatically takes place. Security systems have had this level of functionality for many years. Based upon Boolean logic, integrators and installers know this as Rules-based actions or AND/OR logic.

The major difference between general IFTTT systems and smart intruder alarm systems is the former generally tend to offer lifestyle products that automate appliances, switch devices, change system modes and allow the user to interact with devices and deliver updates and reports.

Professional intruder alarm systems provide all of the above with one exception: the security element is credible, professionally installed and maintained, graded and proven in the field.

The difference is significant to the customer. If integrators and installers ensure that, alongside the security credentials of their systems, there is a focus on added value, the take-up of intruder alarm solutions could be very different.

Today’s intruder alarm systems are way ahead of the solutions on offer a few years ago. Professional systems offer advanced and credible security, but additionally allow integration with video, access control, external detection and building automation.

Integrators and installers who do not promote the full functionality of systems will not meet customer expectations!