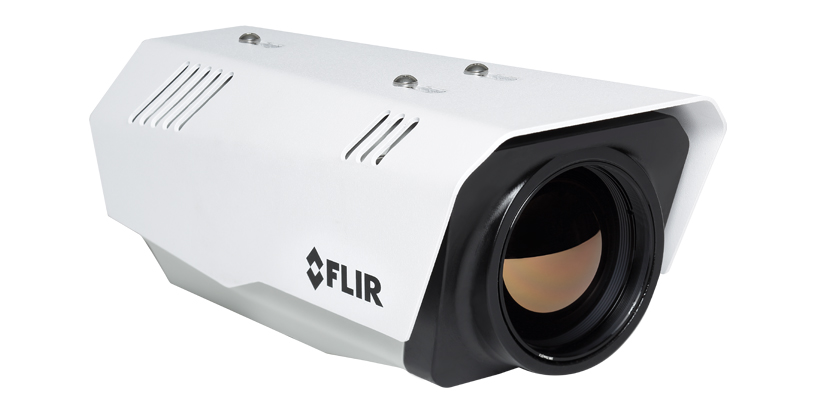 While the demand for intelligent video analytics (VA) has increased significantly in recent years, one consideration when deploying the technology still seems to be underused. Thermal imaging is a beneficial tool for many security applications where long-range detection using advanced analytics is critical. Because of the high levels of contrast in thermographic images, coupled with the ability of the devices to capture images in poor environmental conditions, thermal-based analytics are a game changer in modern security applications.

Video-based analytics have many benefits; however, they are only effective when combined with the proper sensing technology. For example, in locations prone to harsh environmental conditions such as fog, rain or snow, video-based analytics on visible cameras could miss subtle movements or be fooled if intruders attempt to conceal themselves. Because thermal imaging captures the heat-based radiation of a person or object, it allows the video analytics to notify security operators of an imminent threat more reliably. Thermal imaging has been proven in the field of military operations for many decades and is well-suited to long range detection applications. 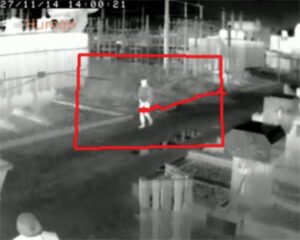 The analytics include intruder detection, line crossing, hand-off to a PTZ for auto-tracking, object recognition rules for people and vehicles, and tamper protection. The analytics are managed via a web-based interface, and allow sensitivity adjustment, automated actions, remote control of inputs and outputs, all integrated into Teledyne FLIR’s United VMS and many third-party systems.

The use of object recognition algorithms allows the thermal imager to identify threats accurately and quickly from people and vehicles, while ignoring innocuous motion caused by foliage, small animals, birds, etc..

The thermal imager is a hybrid device, supporting both network and composite connectivity. The network rate is 10/100Mbps, and two channels of H.264, MPEG4 or M-JPEG video can be independently configured. The device also has a dry contact input and a relay output, allowing connection to peripheral devices.

The thermal imager is available with a choice of 320 x 240 or 640 x 480 arrays. Lens options range from a field of view of 4.3 degrees, up to 90 degrees, dependent upon the selected resolution.

Increasingly, on sites such as critical infrastructure, transportation hubs, campus-style commercial parks and sites with large and open perimeters, the use of thermal imaging with smart analytics is becoming more prevalent. The Elara FC-Series ID from Teledyne FLIR offers a high-quality solution from a trusted provider of advanced thermographic solutions.

Controlling Occupancy for the Return to Work