When most system integrators and end users consider the implementation of vehicular access control, they think about gates, barriers and bollards triggered by the use of long-range access control credentials. However, with the growing capabilities available from new and emerging technologies, vehicular access control has never been more flexible. The technologies involved can be utilised for security, asset tracking, traffic management and even car parking to create revenue generation opportunities which enhance the end users’ overall return on investment.

No one single element of a security system can be attributed to the overall success of a solution. Whilst certain technologies have a higher profile, both with those seeking protection and the integrators and end users designing and implementing systems, the reality is any vulnerability – no matter how small – in a system can and will be exploited by criminals. Unless all aspects of risk are addressed, the chances of a solution achieving its goals are slim.

Video surveillance has become something of a corner-stone when it comes to protecting premises, and for good reason. The technology is flexible, efficient and increasingly represents a cost-effective option. The degree of processing and management inherent in today’s systems means that the data captured can be used for a wide range of tasks including – but not limited to – security, safety, site management, traffic control, marketing, sales support, etc..

Despite its capabilities, it must be said that video surveillance alone is not the be-all and end-all of security design, but when combined with other technologies its benefits increase significantly. A good example of this comes from a case study for a small technology park in the Midlands.

The site is home to a number of technology companies, and prides itself on being a modern, cutting-edge work environment. All buildings on the park are equipped with professional quality intruder detection systems, and the site also benefits from video surveillance. Despite this, the park and its businesses suffered from regular incidents, ranging from fly-tipping, anti-social behaviour and vandalism, through to a series of thefts. The remote location of the site meant the criminals were able to make good an escape before the police had a chance to respond to reports or attend an alarm activation.

The management team running the estate took a proactive stance, and initially upgraded the video surveillance across the site. Despite this, the sporadic incidents continued. The next step saw physical security devices such as shutters and grilles added to the buildings to reduce incidents of theft.

However, these changes resulted in criminals using heavier tools (and causing more damage) to force an entry to the units. It also resulted in the site having less of a ‘high tech’ feel and more of an industrial ambience, which was at odds with the environment many of the tenants were seeking.

Although every step taken delivered an increase in the overall level of security, the incidents remained a problem, often only curtailed for a very short period of time. After an in-depth risk assessment, the reason was established: the solution wasn’t complete. It still had a weakness.

After analysing the methodology of incidents, it became apparent that accessing the park was too simple. Fly-tipping relied on vehicles being able to access areas were activity would be concealed, and the approach roads were often out of sight of video cameras.

With regards to anti-social behaviour, the cameras were located to view buildings and their surrounding spaces, not the actual roads, which were used for illegal racing. Also, because of the remote location of the site, thefts required the use of vehicles in order to remove items of value. As a result, the decision was taken to implement vehicular access control. The impact on events at the park was significant.

The results achieved by the technology park are not uncommon, and underline a level of success many applications are having, especially in rural areas where crime against remote sites is on the increase. Vehicular access control contributes significantly to site security, adding an additional layer of protection at the perimeter.

It is important to consider the impact of depriving criminals and other unauthorised persons of the ability to use vehicles when approaching a site. Often the inconvenience of such a move is a deterrent, as it can lead to an increased risk of arrest, coupled with the ability to remove a smaller amount of valuables. 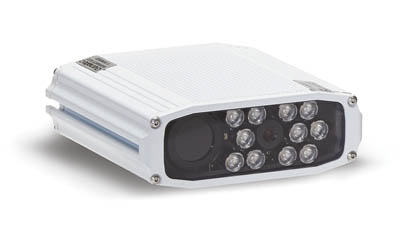 Remote sites attract criminals. They can go about their crimes unseen, and passers-by will often have no idea anything illegal is happening. The thieves can drive up to the buildings, away from prying eyes, and then have a window of opportunity whereby they can fill vehicles with assets and leave before the police have a chance to respond.

Preventing access by unauthorised vehicles makes it difficult for criminals to reach the site or to carry away the proceeds of a burglary. Vehicles would have to be left on the public road, thus attracting attention or risking being identified. Additionally, the delay this causes when making an escape means the police have a better opportunity to respond in a timely fashion. The increased risk-to-gain ratio makes targeting sites with credible vehicular access control more unfavourable.

Vehicular access control can also allow other elements of a security system to function in a more effective way, as the ability for criminals to enter and leave quickly has been removed. By slowing the progress of intruders, the balance shifts in favour of operators and monitoring teams.

Of course, while the security benefits of vehicular access control are well understood by integrators and end users, the technology also offers a huge range of value-added benefits which increase the return-on-investment for end users. By enhancing site management tasks, automating many procedures which traditionally require human intervention, a solution can be made more cost-effective while also providing real-world benefits for the end customer.

Where sites require the management of traffic flow, such as a depot or where there are a number of delivery areas, vehicular access control can simplify such operations. The onus on a member of staff (or several team members) having to manage and log vehicle movements can be eliminated, and push notifications can be used to ensure management have real-time status information which can be viewed via a mobile device or laptop.

Systems can also be used to determine occupancy, diverting traffic away from areas where there is a bottleneck or insufficient parking, either to overflow parking areas or to holding areas if vehicles are queuing for loading bays or other facilities. 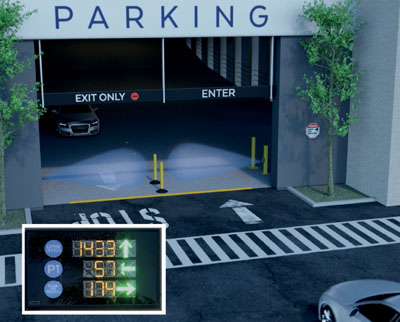 Parking management is especially important for many sites as it represents a revenue generation tool. For many integrators and end users, adding parking management has been seen as a specialised skill. However, that’s no longer the case.

Advances in vehicle sensors, for example, have eliminated the need for ground loops in many applications. This allows the use of vehicular access control for a range of applications without a need for costly and time-consuming civil works.

The growth of IoT compatibility has also seen peripheral devices such as digital signage, audio speakers, parking space indicator lights and ticket issuing terminals become more interoperable with VMS and central management software. This increases the functionality on offer from security systems, enabling the creation of efficient and flexible parking management systems, even for smaller sites with limited budgets.

Visitor management is another option, enabling guests to receive a VIP experience. For many sites this is achieved using a concierge team member or personnel based at an entrance. However, the process can be streamlined by using simple on-camera ANPR to detect an expected guest, direct them to reserved parking and notify the host of their arrival.

For many, selling vehicular access control will be more about the benefits, as these help to reassure the end users their investments in security can also deliver tangible everyday benefits which serve to deliver increased business efficiencies.

Increasingly, the use of mobile devices has become something more users are considering. Such an approach relies upon the driver (or the vehicle) having a credential which allows automated operation of the system. 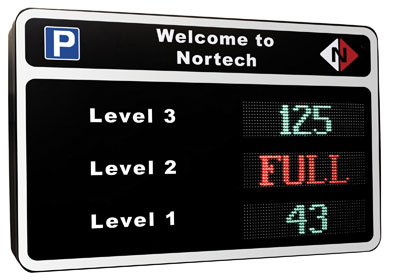 As with most access control solutions, this approach works well if the driver or vehicle is registered on the system. However, if the driver is a visitor, a contractor, a delivery driver or any other of the many legitimate callers that might not be registered on the access system, then vehicular access control can require human intervention to ensure visitors are correctly managed.

Many access control points, especially those at a perimeter of a site, will often feature some level of video surveillance. In such circumstances, another potential solution to granting access is the use of ANPR.

ANPR is often considered as a tool for law enforcement agencies, and whilst it does play a significant role in their hands, the technology can also be used with existing surveillance systems to deliver everyday benefits to businesses and organisations.

The use of ANPR has entered the mainstream thanks to the growth of edge-based on-camera applications from many of the camera manufacturers. Additionally, software companies offer simple but effective ANPR plug-ins for VMS software, making the delivery of number-plate recognition for vehicular access control purposes an affordable reality.

Using white-lists of authorised vehicles, the ANPR software could automatically allow access whenever an authorised vehicle is detected. Whilst the number-plate details of regular staff or company vehicles could be added to the database, thus allowing them automatic entry to the site (during permitted times and days), visitors and contractors could supply their vehicle registration numbers in advance, thus allowing automated entry on the day (or days) of their visits.

Because at its heart the system is an access control system, it does make it capable to collecting a wide range of additional data, such as access and egress times, successful and failed attempts at entry, the number of vehicles on site at any time, durations vehicles are off site, etc.. This information could be used to generate reports for various departments such as for vehicle maintenance, resource allocation, etc..

The system could automatically notify relevant personnel when visitors or contractors arrived, flag up exceptional events such as vehicles returning early, and could even be used to allow logistics companies to make out-of-hours deliveries or collections without personnel having to be on site.

The growth of cameras that either support ANPR as an integral function, or which can be deployed with ANPR applications, has made the technology affordable for a wide range of applications. However, it is important to ensure the cameras are both correctly configured and positioned when implementing an ANPR solution.

ANPR uses character recognition algorithms to capture numberplate data. It is important to capture clean, sharp and contrasting images. Whilst many cameras employ processing to enhance image quality, ANPR cameras should deliver usable images with as little processing as possible.

The value of vehicular access control as a security tool should not be underestimated, nor should it be compromised. While vehicular management will tick many boxes for businesses and organisations, the benefits will quickly be forgotten if a security breach occurs because the access control element of the solution fails.

That said, integrators and end users must ensure they define what the system will do. If a site-wide security system is in place and the vehicular element is sold as an add-on solely for parking management, then the customer expectations change significantly. The degree to which the parking system and the security solution integrate is a matter to be decided by the user.

Traffic management and parking control are benefits which deliver a return on investment for end users. Ignoring the potential on offer makes no sense for forward-thinking integrators and end users.