The Right Choice for Image Capture 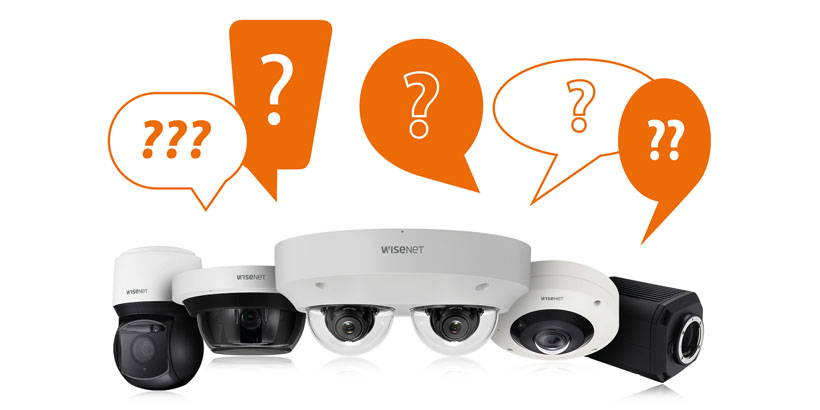 As video cameras become ever more powerful, the ease with which large and open areas can be monitored makes system design for such applications a simpler and more cost-effective task. Integrators can create bespoke solutions which deliver a high degree of coverage without the need for multiple cameras. This reduces capital costs and ensures systems do not become complicated due to a high number of connected devices. However, in such an application, which is the best camera to use?

Modern video systems have advanced significantly in terms of performance. The ability to manage ever heavier loads of video data, coupled with enhanced chip sets, means video resolution is no longer a restriction on image quality. Cameras with high megapixel counts and fast frame rates make it possible for even the most challenging environments to be protected.

In the past, static cameras tended to have lower resolutions, often due to the need to use chipsets which were cost-effective. PTZ cameras were the choice for large open areas, although they had the restriction of not being able to capture video from across the entire protected area, and 360 degree cameras were best deployed for specialist internal applications to offer an overview.

For the integrator and their end-user customers, it can be confusing to decide which type of camera offers the fullest range of benefits for any given application. Understanding the strengths of each camera type helps identify the most suitable solution.

PTZ cameras are traditionally specified for city centre and wide area applications. With PTZ cameras, operators can track the movement of objects and zoom in to observe details of any incident. Operators can either manually track incidents, or advanced technologies such as auto-tracking can be deployed to allow suspicious behaviour to be monitored without intervention from an operator.

The deterrent effect of PTZ cameras should not be underestimated. Tours enable the camera to automatically ‘patrol’ an area, creating the impression that intruders are being watched.

While PTZ cameras still have a significant role to play in video surveillance, recent advances in technology has seen the growth of high-resolution static cameras. While such devices have been commonplace for many years, the latest generation devices allow system designers to consider the use of ultra high definition (UHD) cameras for wide area surveillance.

The sharpness and clarity of the images captured by 8K UHD video surveillance cameras is exceptionally high. However, few applications will justify the use of such cameras to capture a static scene. The real benefit of 8K UHD devices comes when areas of interest within the main scene need to be investigated.

It must be remembered that an 8K UHD video stream is the equivalent of 16 HD1080p streams, with the result that a single camera can capture a vast amount of highly detailed video information. When an incident occurs, an operator can make use of digital zoom, highlighting a very small part of the captured scene without any significant pixilation of the image.

This makes the cameras ideal for applications where detailed video of a large area needs to be captured, such as stadia, ports, airports, etc.. One single device can replace several static cameras, and will also give the operator a simple image which is easy to understand.

The choice of whether deploy 8K UHD or PTZ cameras depended on the operational requirements and, to some degree, the available budget. An 8K UHD should be used if there is a requirement to continually monitor an entire area, while PTZ cameras are ideal if a wide area needs to be constantly scanned, with the flexibility to quickly zoom in or move the camera if an incident needs to be tracked. PTZ cameras are also beneficial when real-time monitoring is important.

Another option is the use of 360 degree cameras. A single device can deliver an efficient and cost-effective way of monitoring a large area. Most 360 degree cameras offer a variety of viewing modes, including single panorama, double panorama and quad views. They feature digital PTZ, enabling users to electronically pan, tilt and zoom for a more detailed view whilst continuing to monitor and record the entire 360 degree view.

One approach which is becoming increasingly common is the use of multi-sensor, multi-directional cameras. These cameras typically support two, three or four video surveillance cameras in a single housing. As they have a single IP connection, they only require one VMS license.

Those equipped with two separate modules capture high definition images from adjacent areas. Dependent upon the needs of any given application, interchangeable camera modules can be fitted by the integrator. Multi-streaming cameras reduce costs associated with installing separate cameras.

Designed for monitoring large open areas with just one camera, the images captured by the four sensors can be seamlessly stitched to produce a panoramic image.

Some four-way multi-sensor cameras include an integral PTZ camera. This can be configured to automatically zoom in and track a moving object or move to a user configured pre-set position when the motion detection function of one of the other camera sensors detects activity.

Hanwha Techwin offers a wide range of PTZ, 8K UHD and 360 degree cameras, and has also recently expanded its range of multi-sensor devices to include a three-sensor series to supplement its existing two-, four- and five-sensor models.

The latest addition to the Wisenet P Premium camera series removes the risk that video evidence might be missed when monitoring two adjacent sides of a building. With the middle camera sensor covering the blind spot between the sides being monitored by the other sensors, the three-channel Wisenet PNM-8082VT camera offers a cost-effective alternative to deploying three standard fixed cameras.

The PNM-8082VT is ideal for external use, with IP66, IK10 and NEMA4X ratings, although it is affordable for indoor applications, such as when there is a requirement to observe activity taking place in a T-shaped corridor.

The middle sensor can be used to prevent intruders from attacking or spraying paint on the cameras without video evidence being captured. A potential blind spot, which can occur when two standard cameras are pointing in different directions is avoided. This is because the PNM-8082VT’s three-directional monitoring ensures that regardless of which direction the intruder approaches, they will be caught on camera.

The PNM-8082VT’s dual Micro SD/SDHC/SDXC slots enable up to 1,024GB of video or data to be stored at the edge should there be disruption to the network. Video of any incidents can be retrieved when the network connection is restored.