The thinking behind Deep Learning 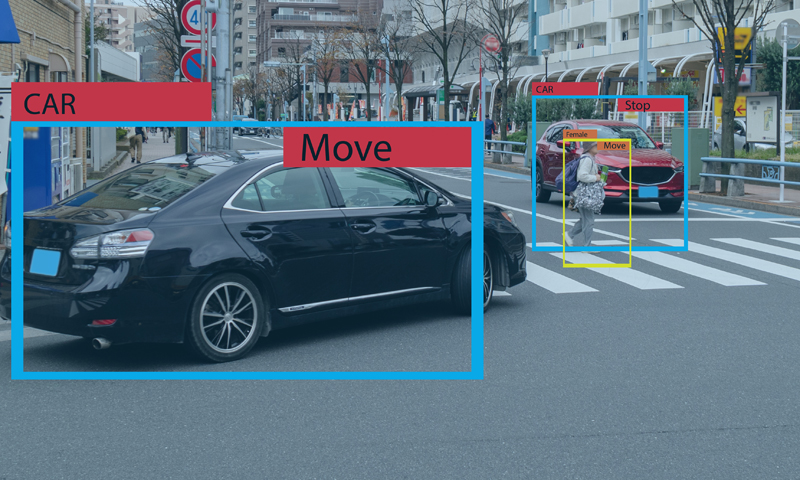 While we’ve not had any security industry trade shows since 2019, it is a fairly safe bet that AI and analytics would have featured heavily in the Halls. Two years ago the technology trend at the events was definitely more towards the software side of security surveillance with manufacturers and developers adding capabilities and intelligence to cameras. However, as with any buzzword, there is some confusion in the market as to what was a true use of the term with difference between what was deemed an analytic function rather than an AI application a typical case in point.

New features for surveillance systems are continually being developed and applications are much more advanced than we have ever been before. However when manufacturers talk about AI in the context of surveillance, they’re not talking about the type of virtual AI entities that you see in futuristic movies – it simply means hardware and software powered by deep learning technologies to solve specific tasks in video or audio.

Deep learning, another term you’ll see widely at trade shows, is a relatively new development in the world of machine learning which is just one technique for achieving artificial intelligence. Whereas machine learning is simply defined as the ability to automatically learn and improve from examples without the function being explicitly programmed, deep learning is done by training a multi-layered mathematical network structure inspired by human brain neurons to identify and recognise information using training data sets until the network reaches an optimal performance for solving the task for which it was designed.

Video analytics have been around for many years in various forms and is usually a catch-all phrase for many applications that automatically analyse video content, generate metadata and detect events in video. It is traditionally built with quite limited algorithms compared to where we are today and can require a great deal of configuration and fine-tuning. Therefore it takes a lot of time to deploy and the performance in many cases is not satisfactory enough to rely upon.

These days deep learning AI techniques are becoming a superior alternative to the traditional algorithms we have seen for some time and require considerably less configuration and providing much higher accuracy levels. With new AI cameras not only is the detection itself much more accurate thanks to deep learning, but also the camera is trained to classify types of objects so it knows when that alert is actually a person, thus avoiding false alarms.

So given the difference between traditional analytics and AI, where does the addition of intelligence fit into real life security applications and can it be used to replace underperforming analytics in most cases? Anything that the video analytics applications can do, AI can probably do better. Traditional analytics techniques use models and algorithms based on motion for detecting objects that otherwise would be added to the background of the image, meanwhile AI can detect and classify static objects such as parking vehicles.

An application such as people counting is much more accurate with AI, doesn’t require a top-down view mounting and can even detect age groups and gender which is likely to be of interest to the retail sector. The ability to capture and analyse business intelligence enables retailers to review customer demographics and gain a greater understanding of customer behaviour, such as buying patterns. AI can also cope with extremely busy and dynamic scenes so is much more suitable for that type of installation than traditional video analytics.

The security industry is a technology-led sector so given that, what can we expect the next trend to be? As mentioned, systems are increasingly more sophisticated today and have wider applications for the market to promote and install in order to satisfy user demand. Some believe that the next big trend for the security market will be a focus on vertical solutions with some beneficial help from AI. Vertical markets are increasingly requiring more specific specialised solutions to meet each unique requirement of the vertical, including smart cities, transport, factories, retail businesses etc. Video based AI now offers these kinds of organisations a new level of value proposition.

WebeyeCMS: video surveillance as a service

i-PRO wants to lead the AI-fication of the...

AI: the Key to Smart Cities

i-PRO wants to lead the AI-fication of...