Home News Thermal cameras are on the rise across the globe

Thermal cameras are on the rise across the globe 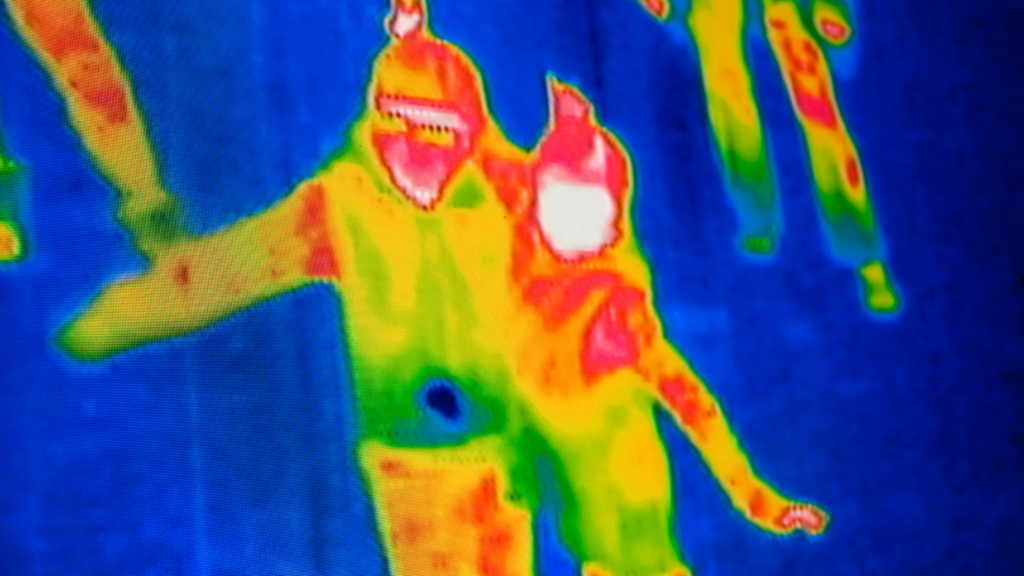 From Mosques to schools and restaurants, thermal cameras are becoming more prevalent around the world, according to research by data cabling company, ACCL.

Thermal cameras are not new technology but in the fight against the global pandemic the heat sensing technology has taken centre stage; as one of the tools used to detect high temperatures which could potentially detect COVID-19. The research team specifically focused on how each region viewed thermal cameras as a form to combat COVID-19, a way to ease us out of the pandemic and its potential impact in the future.

The regions analysed for the research were North America, Africa, Asia, Europe, The Middle East and Latin America. More than 400 articles were collected around the world concerning thermal imaging technology since the start of the pandemic till what is recently available. TextBlob was used to analyse the polarity rate of each article to calculate the sentiment for each region. 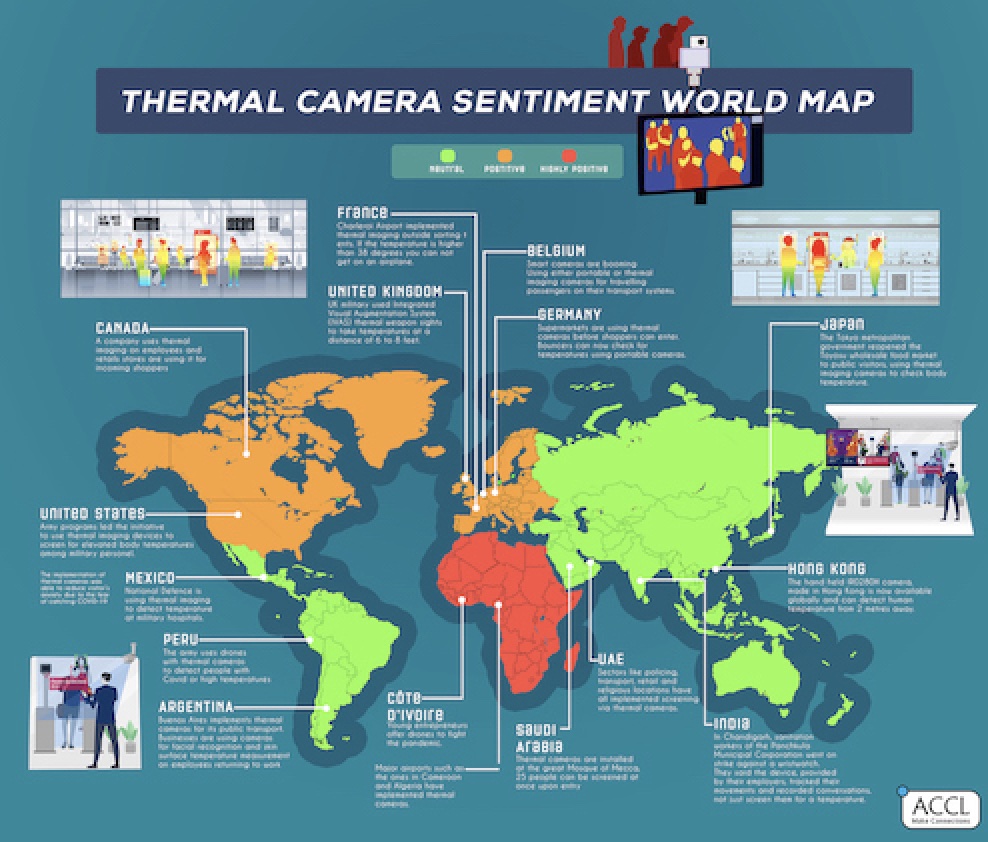 Discourse analysis was then employed for each article based on each region in order to get a grasp of what the attitudes and behaviours are towards thermal imaging technology. With this, a world map was created featuring the differences in each region’s sentiment towards thermal imaging technology and key insights were provided on several countries per region.

According to ACCL, sentiment is mixed on thermal cameras, they can be viewed with a suspicion that often comes from a simple lack of knowledge of how the technology works. Conversations around privacy and AI come to the service, and questions about their effectiveness are raised.

Yet it is clear that a lot of countries around the world have invested in this technology in hopes to decrease the spread rate of the virus and increasing the chances of normality in our society.

Wayne Connors, leading expert on CCTV from ACCL commented on the findings “Security cameras have become a staple for many governments, institutions and people across the world. Now, the attention is focused on thermal cameras.

“This expanding technology, especially in the current climate with Covid-19, is critical in providing quality data and offers a level of protection that standard cameras simply can’t. This cannot be ignored especially within numerous sectors such as the travel industries and places where social distancing is unavoidable.

“It is undeniable that there is still a level of concern, however, the purpose and the results of thermal cameras which have been largely positive, I believe outweighs the issues presented.”