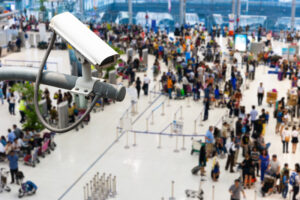 There is a need to balance the implementation of solutions to deliver public safety with the concerns of the public about privacy and freedom of movement. Modern technology allows this to be done, ensuring safer communities.

The importance of widespread, connected security systems was highlighted following the publication of the Manchester Arena Inquiry recently. Complacency amongst security staff when it comes to the potential for terrorist activity showed how there needs to be a combined and comprehensive approach to securing public spaces, especially ones that see large numbers in attendance.

The ‘missed opportunities’ highlighted in the report underlined the crucial role that the police and security staff play in the prevention of devastating events however, it was clear that there were failings in the physical security measures at the arena too, with poorly planned perimeter security and CCTV blind spots making it harder for those involved to identify and apprehend the attacker.

One of the key components in securing a public area is striking a balance between what the public sees and how the precautions make them feel and then how much the potential criminal sees and how he is deterred. Too much visible security technology can make people feel like they are in a higher risk scenario than they actually are while not enough can make the source of the threat feel bold enough to go through with their malicious act.

New research has highlighted the importance of striking the right balance between security and aesthetics when securing public spaces, particularly in locations of historic interest or with recognisable design vocabularies. 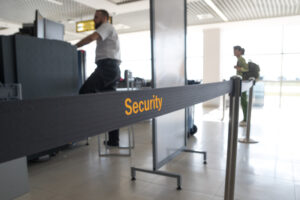 Security check of Baggage and passengers in airport

The Future of Urban Design report by ATG Access revealed that a third (32%) of architects, specifiers and urban planners have found that local residents are often reluctant to have the look of an area changed by the implementation of physical security measures.

The research shows that the majority of urban design professionals themselves are aware of the importance of incorporating security solutions into their projects, with 82% agreeing that they make a positive addition.

However, some also expressed their own concerns around the impact that these measures can have on a development’s aesthetic appeal. According to the survey, 40% find incorporating security measures into new developments without impacting their aesthetic appeal a key design challenge.

Iain Moran, director at ATG Access, commented: “Our research really highlights the importance of preserving the visual appeal of public spaces while also protecting people from threats such as vehicle attacks.

“Security measures will have an increasingly large part to play as our cities continue to evolve over the coming years, with a growing focus on smart automation, reducing carbon emissions and transforming retail centres into leisure hubs, so it’s crucial that we maintain positive feeling towards them.

“When implemented sensitively and correctly, security solutions offer the public a sense of reassurance and comfort, without detracting from historic landmarks or the design of the wider development, or creating a fortress mentality amongst those using the space.”

The public is receptive to security measures that they understand the need for – a case in point is the increased checks that travellers go through in airports, however too much disruption to the movement of passengers can result in a negative reaction to the processes that are only there to protect. Getting that balance right is key to the efficient prevention of incidents occurring rather than causing problems with the perception of being massively over-cautious.

AI is not just for high-end video surveillance applications