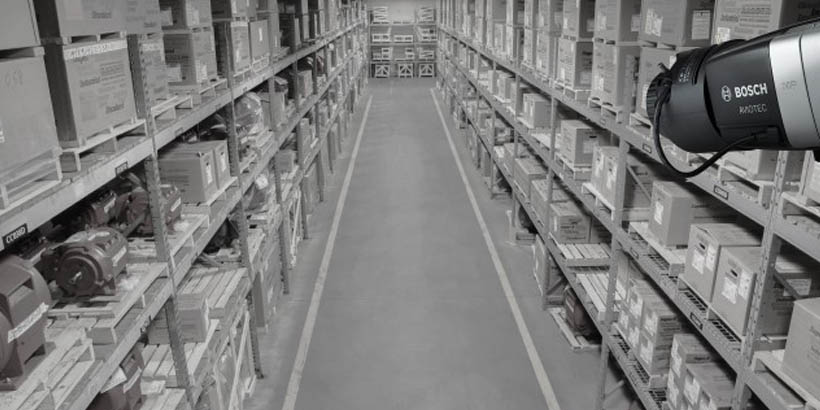 The video-based fire detection camera, the Aviotec IP starlight 8000 from Bosch, can be used in environments without visible light. With the help of AI algorithms for video analytics, Aviotec’s firmware version 7.72 is able to reliably detect smoke and flames with infrared lighting. Up to now it was only possible for Aviotec to reliably detect flames and smoke in lighting conditions down to a minimum of 2 lux.

There are many applications with dark environments which will benefit from the new version of Aviotec. Wherever there is a fire hazard or a high fire load, for example in logistics and production, Aviotec can be deployed in conjunction with IR lighting to detect fires. Operators of warehouses that are not illuminated at night, or sites that have no lighting at all, can benefit from the technology.

In conjunction with IR lighting, Aviotec’s new firmware version also reduces the risk of fire in industries that work in two shifts and do not use conventional lighting at night. It offers a reliable solution for aircraft hangars, where visible interior lighting is often deliberately omitted for reasons of burglary prevention outside working hours. The same applies to archives with valuable documents and correspondingly high fire loads. In all cases, Aviotec ensures fast and reliable fire detection, since fires can be detected without the need for smoke to reach a fire detector.

The intelligent video analytics is directly integrated into Aviotec. In all environments, the installed cameras can be used simultaneously for fire detection and video surveillance, reducing the installation and operating costs.

Aviotec has passed the test procedure of VdS Schadenverhütung GmbH in 2018. Not only were the functionality and reliability confirmed, but tests also proved high immunity against false alarms. In addition, Aviotec IP starlight 8000 received certification for the Australian standard CSIRO TS010 for video-based fire detection systems.

Firmware version 7.72 of Aviotec IP starlight 8000 is now available, and users of legacy Aviotec solutions can upgrade to the new version using a free firmware update.

The Role of Detection for Perimeter Protection