Intruder detection remains the cornerstone of security for the vast majority of businesses and organisations, and has a proven track record when it comes to the protection of property and assets. However, the thorny issue of nuisance alarms remains a problem for many sites. In order to deliver more effective protection, and to preserve police first response, a growing number of sites are turning to visual verification to improve accuracy.

The problem of false alarms has dogged the intruder detection industry for many years, but it should be noted the term is arguably out of date when considering today’s professional quality alarm systems. In the bad old days, if people talked about false alarms, these were caused by a number of factors. Some were due to poor installation, others to targets being detected which didn’t pose a threat, and some were due to malfunctions in the equipment.

Over the years, manufacturers of intruder detection devices have worked tirelessly to design and build sensors which offer higher levels of performance, both in terms of stability and catch performance. Intelligent device design has eliminated many of the environmental issues which could trigger devices, and increased build quality and the use of more advanced components has seen malfunctions become a thing of the past.

Despite these advances, false alarms still exist. This has more to do with the way in which alarms are considered ‘false’ by the police. It would be more accurate to say the problem has more to do with nuisance alarms: detector activations which are caused by genuine motion, but the activity is not a threat. For example, a user entering a secure area and triggering an alarm activation is considered as a false alarm by the police. However, the system has accurately detected a person in a secure area. It’s a nuisance alarm, not a false alarm. 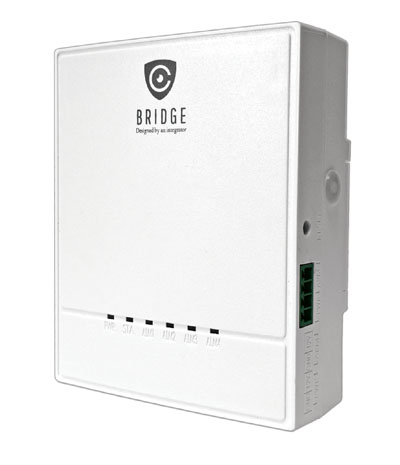 Human error is something which is widespread, and impacts on more than alarm systems. However, with a graded alarm system, police response could be lost because of these errors. This is because intruder detectors simply sense motion and report that fact. For the ARC (alarm receiving centre), all the operator sees is a notification that an alarm event has occurred. There is no further information which helps them decide whether or not the alarm needs to be passed to the police.

Additionally, even if the ARC was to contact the end user, the customer would be unable to shed any light on the incident (unless they were at the site and had caused the activation themselves).

It must be remembered that alarms passed to an ARC, and subsequently to the police, must be ‘confirmed’. The usual approach taken is sequential confirmation: two detector activations are required, showing that movement around the site is occurring. If a nuisance alarm is confirmed, it is treated as an absolute event and passed to the police for attendance. However, in the case of nuisance alarms, sequential confirmation can (and often does) take place.

However, by using a smart approach, visual verification can be added to any professional alarm system, quickly and easily, to help eradicate nuisance alarms.

The basic idea behind visual verification is a simple one. When motion is detected by an intruder alarm sensor, a snapshot or series of images are captured by a linked camera. These are then transmitted to the ARC, along with the alarm notification. This enables the ARC operator to quickly and easily view the images to establish the cause of the alarm.

If, for example, they see that a pile of boxes in a warehouse has fallen over, they can then clear down the alarm and not pass it to the police. This helps ensure police resources are not wasted, and also prevents the risk of a site having its URN (unique reference number) revoked, which in turn will lead to the removal of police first response. 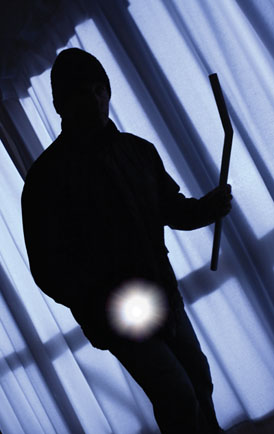 Equally, if the visual images show an intruder removing assets, the ARC operator can pass the information to the police. While the ACPO policy states first response will be dependent upon available resources, the police want to apprehend criminals, and so the information an intruder is actually on the premises can be beneficial.

Visual verification is not new. Many manufacturers have offered variants of the technology in the past. Some were very costly and weren’t designed specifically for verification needs. Images sometimes arrived at the ARC long after the alarm report had been received, while others presented images with very low quality as the picture had been over-compressed to make transmission faster.

In some cases, an ARC operator was expected to leave their position and move to a separate workstation dedicated to video monitoring in order to view the images.

Given the idea of video verification was to make ARCs more efficient when dealing with alarms, these various approaches didn’t always deliver what was needed.

Another issue with visually confirmed alarms was they didn’t always deal with nuisance alarms. For example, if a member of staff entered the premises for a legitimate reason and accidentally triggered the alarm due to error, the ARC operator would see an image of a person and pass it to the police. They had no way of knowing it was a case of user error. With the pressure on operators to take swift action, it wasn’t reasonable for them to carry out any checks on the identity of the individual.

While visually confirmed alarms do offer a wide range of benefits and can deliver more accurate alarm management while reducing nuisance alarms, there were still flaws in the approach.

With changes in technology and communications, a smarter approach is now possible. Visual confirmation of alarms can be added to wide range of professional intruder alarm systems, images can be transmitted to an ARC operator using the same workstation as the alarm data flow, and if necessary information can be pushed instantly to a keyholder or user to assess whether or not the alarm is a nuisance activation.

OPTEX has an enviable track record in the field of accurate and reliable detection devices, and now offers its Intelligent Visual Monitoring solution. This connects to intrusion sensors and panic buttons, linking them with IP cameras to enable ARC operators to see the cause of an alarm. The solution also uses cloud-based software, which allows images to be pushed to an end user, who can then reject the alarm if it’s a nuisance alert.

The solution uses a network-based hardware Bridge and the cloud-hosted software solution. The Bridge connects with existing alarm panels and ONVIF compliant cameras or NVRs, allowing existing systems to be used or a wide range of third party video products to be specified if there is no surveillance system.

Because of this flexibility, it allows a cost-effective but powerful visual verification solution to be implemented, without compromising the integrity of the existing security system. It also will not affect the grading of the system, so police response will remain in place if it is currently active.