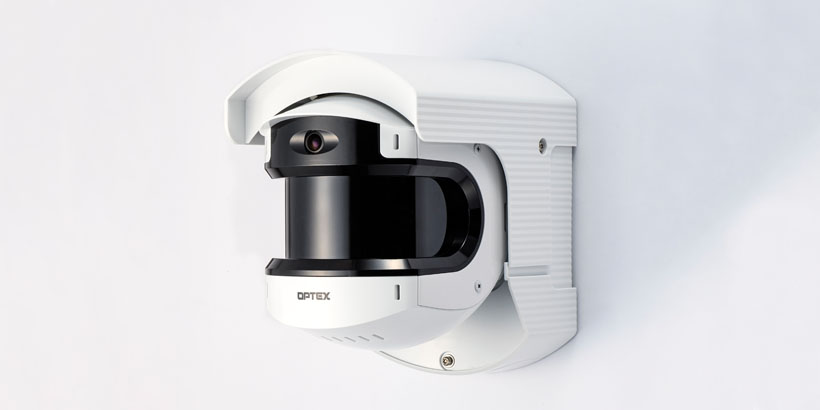 Detection of intruders has formed a pivotal part of security systems, ever since the design and manufacture of the very first security systems. However, despite the many advances made by sensor manufacturers, there still remains one downside in that most detectors will generate an alarm signal when an intrusion is detected anywhere in the field of view. For internal applications, this is often sufficient. For example, knowing an intrusion has occurred in a specific office will often be all the information that is required. However, for external applications or more complex sites, a lack of accurate location information can be a negative.

When detectors are used with a longer range or a wide field of view, often the alarm information will be limited to the system detecting an exception in the area of coverage. In some sites, this may be a significant zone as sensors with ranges of 100 metres are not uncommon. Again, this won’t be an issue in some applications, but clearly at many sites more specific information would be a benefit.

The increased availability of LiDAR detectors offers a greater ability to not only capture location information, but also to define detection zones with great accuracy, and even implement differing levels of security for certain parts of the coverage area. While LiDAR detectors carried a high price tag in the early days, efficient manufacturing, economies of scale and wider use of the technology has made these devices cost-effective when specified correctly.

LiDAR (light detection and ranging) detectors are often referred to as laser sensors, and while laser light is used, LiDAR is actually a sensing technology. It works by dispersing pulses of laser light, and measuring their return time as they are reflected by surfaces in the field of view. The return times of the light pulses, are used to create a representation of the monitored space. By continually scanning a space, the sensor accurately detects people and objects, also providing X and Y coordinates for any sensed target. As a result, LiDAR sensors can deliver positive positioning data which can be used by other systems to manage triggers and peripheral devices such as cameras.

Another interesting aspect of LiDAR is that the technology identifies the presence of exceptions, in that it detects targets which do not typically appear in the scene. It does this by learning permanent objects in the detection area, and as it scans and rescans the protected zone, it reports objects which have entered the scene.

Large areas can be protected with a single LiDAR sensor, and with the best sensors multiple independent detection areas can be established, allowing one device to manage varying levels of risk. The sensors can be configured to protect both horizontal or vertical planes, allowing flexibility when designing a system.

Finally, LiDAR sensors can detect an object’s size and speed, which allows a good degree of accuracy when filtering potential alarm sources.

OPTEX offers the REDSCAN Pro range of advanced LiDAR detectors. These sensors offer a high level of flexibility, and therefore can be deployed in a wide range of applications. While ideal for smarter security solutions, the detectors can also offer a number of benefits for business intelligence and site management tasks. Indeed, the flexibility in terms of configurations allows the REDSCAN Pro range to offer different levels of security, and variable actions when a detection is made, dependent upon where in the viewed scene activity is sensed.

The first consideration is that REDSCAN Pro LiDAR sensors can be deployed with a protection field covering horizontal or vertical planes. This allows the detection zone to cover any horizontal open area, such as a courtyard, car park, site perimeter or flat roof. The detection zone can be finely tuned to ensure it does not sense activity outside of the perimeter or designated zone, even if the fence-line is irregular. Indeed, one of the benefits of advanced LiDAR detectors is the ability to set exact parameters for any shape of detection area.

When deployed to sense activity on the vertical plane, the REDSCAN Pro range of sensors can be used to protect against people climbing a building’s walls or façade, or to sense any approach to shutter doors or entry points.

The ability to alter detection planes ensures integrators and installers can use the same device for a wide range of applications. This reduces the need to hold stock of different models for varying needs, and ensures a higher level of familiarity with used sensors.

Within the detector’s field of view, it is possible to create up to eight individual zones. These can have independently configurable sensitivity, and other parameters such as target size and trigger outputs can also be set. If the area outside a building is covered, the integrator or installer could select points of access such as doors or loading bays, and give these a high security configuration, such as generating an alarm when violations occur. Other external areas could be given a lower risk status, maybe only triggering video surveillance recording when activity is sensed.

Not only does the creation of individual zones allow the creation of critical areas and pre-warning zones, but it can also allow large spaces to be broken down into smaller zones, making it simpler for on-site personnel to understand where an activation has occurred.

This level of flexibility differentiates LiDAR sensors such as the REDSCAN Pro from traditional detectors. Using standard detection devices, often a separate sensor with individual inputs would be required to deliver the same level of functionality. Alarms can also be better understood as the REDSCAN Pro includes an assistance camera, which allows an operator to see what caused an activation, via the Event Log.

REDSCAN Pro can also output alarms in ONVIF formats, allowing a high level of integration with leading VMS solutions. When the LiDAR’s X and Y coordinates are integrated with the VMS platform, it can provide intelligent tracking, handing over the target from one camera to the other, or enhance point detection when an exact positioning is needed, such as identifying every window on a building façade, or every shelving section in a warehouse, for instance.

Advances in LiDAR technology have changed the detection landscape in security applications, and allowed smarter detection to become a reality. As a class-leading options, the REDSCAN Pro series from OPTEX delivers superior ranges (up to 100 x 50 metres), easier set-up using a web-based interface, and more accuracy, with the assistance camera helping to ensure false events are minimised while catch performance remains high.

Controlling Occupancy for the Return to Work