The growth in the use of modern intelligent video analytics has enabled a number of businesses and organisations to enjoy higher levels of protection while making their solutions more efficient and accurate. For operators, who often need to apply very high levels of concentration during the stressful time of an incident, any assistance they can receive from the technology being used is welcome.

In today’s systems, it is common for a central control room to manage a variety of remote sites. This increases pressure on operators, as at time they may not be familiar with every location. When an incident occurs, a simple error, such as selecting the wrong camera number, could result in missing vital information. While the footage will be recorded, such a mistake could delay appropriate action, resulting in further losses. 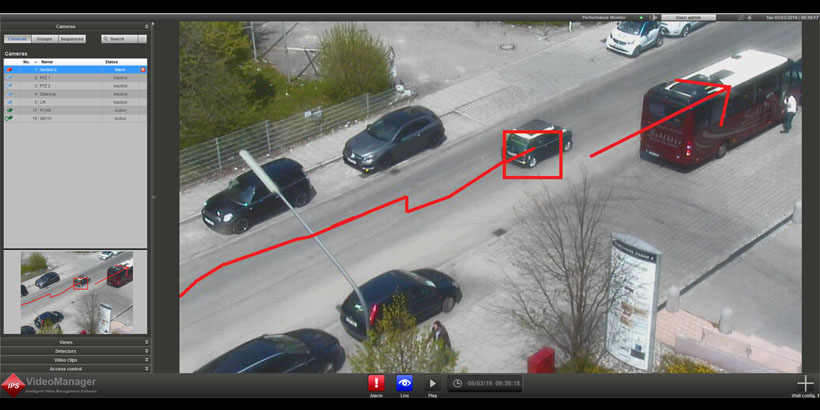 As systems become increasingly complex, so it is increasingly important for businesses and organisation to select a smart solution which can not only deliver the highest levels of security, but which can also assist operators when tracking incidents around sites.

IPS Intelligent Video Software is an established leader in the design and implementation of high level intelligent video analytics. Recognising the importance of managing live incidents, the company introduced its IPS Dome Tracker product, which allows the use of simple actions on the part of the operator, or automated pre-defined triggers, to activate a dome and deliver accurate and reliable tracking, including seamless camera hand-over, while an event is taking place. 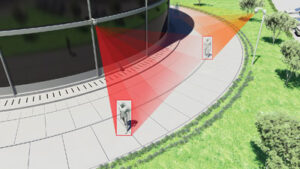 IPS Dome Tracker is highly flexible, allowing a number of operational uses dependent upon the needs of the user at any given time. Based upon advanced machine learning, the analytics module offers real-time control of PTZ cameras, automatically detecting and tracking moving objects within the protected area.

Using 3D georeferencing data, it supports intuitive PTZ control activated by mouse clicks in the camera image or site plan, and allows automatic tracking of alarm objects between various surveillance cameras. This dramatically simplifies the operation of PTZ cameras, even on complex sites with a large number of surveillance areas.

When IPS Dome Tracker is used in conjunction with IPS Intelligent Video Software’s award-winning 3D VMS, the options are even greater. Cameras can be linked via the VMS, allowing – for example – a static camera to be linked with a PTZ unit. Clicking on an object of interest in the static camera view switches the PTZ to the relevant position, enabling it to track the target.

PTZ cameras can also be selected and controlled via the site plan, with the VMS indicating the direction of view and range of cameras. This gives the operator an immediate overview of the site, making seamless control a simpler task.

Two of the most useful options which can be realised using IPS Dome Tracker and the 3D VMS are triggering a PTZ via analytics on a static camera, and handing over from one PTZ device to another when tracking a target.

In the first instance, a linked static camera with an overview of the scene can be used to detect an exception and automatically position a PTZ camera to view the activity. The specified dome camera will use the IPS Dome Tracker analytic to follow the target, and other moving objects in the scene will not interfere with this process.

When using object tracking with handover, the PTZ camera automatically follows the alarm object, tracking it without any need for operator intervention. When the target reaches the end of the range for the tracking camera, the 3D VMS technology identifies the nearest linked camera and automatically hands over to it, allowing tracking to continue.

With the latest software release, IPS has further enhanced the IPS Dome Tracker by integrating neural networks, making the analytics module even more reliable. It reliably tracks objects which are identified as people, while other objects such as trees moving in the wind are ignored. Also, if the camera loses the suspect for some reason, with the help of neural networks the camera is able to retrieve the lost tracking more reliably.