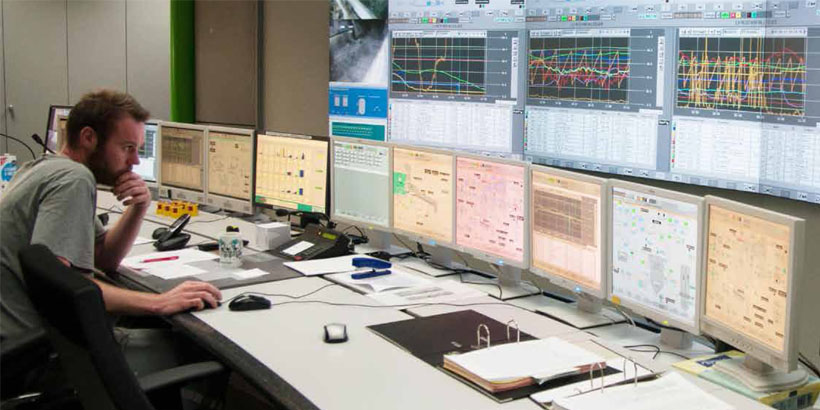 Energy provision is an essential element of local, regional, national and international infrastructure. The ability to ensure a continuity in power delivery is vital for just about every type of service, and the need for protection of plants and equipment used for energy distribution cannot be overstated.

Energy providers and utility companies face a wide range of risks, from vandalism and the theft of cables, through to terror-based attacks and cybersecurity outages, plus everything in between. Along with security, safety is also a significant concern, along with various aspects of site management.

Investments in smart solutions have grown in the critical infrastructure sector, with site operators seeking a balance between protection, safety, compliance and operational efficiencies. Developments in smart video have allowed the technology to offer solutions to a growing number of problems, delivering a high return on investment.

One challenge for energy providers when seeking to secure their services and equipment is the varied nature of the assets. At one end of the scale, large and complex power generation plants require complex and large security systems, using hundreds of field devices such as cameras and sensors. Smaller sub-stations don’t require a high level of surveillance, but there may be hundreds of thousands of such sites, all of which will need to be monitored.

It is essential that systems can detect unusual activity and notify operators immediately, allowing incidents to be dealt with as soon as they occur. Also, given the number of sites, it is unlikely that operators will be familiar with every location. As a result, smart solutions can allow a number of responses to alarms to be automated, while also offering the operator support so they can take appropriate actions.

One aspect of smart solutions is the use of intelligent video analytics. Companies such as IPS Video Analytics supply a wide range of smart analytics which can either be deployed at the edge or on a central server. This makes them ideal for large and complex sites, as well as smaller sub-stations.

The latter function adds a high degree of value when used with the IPS award-winning VideoManager 3D VMS.

VideoManager’s 3D technology enhances the operational feature-set, delivering added value and significant benefits, which in turn increases the return on investment. The technology automates tracking and camera handover, meaning operators can follow suspects without a need to manually control PTZ-enabled cameras. The cameras automatically use IVA to track suspects, and if the target moves from one camera’s view to another, the system automatically hands over to the adjacent device.

Visualisation of sites is achieved via site plans and maps, and control can either be manual or automated via analytics triggers. These can include IVA options or other alarms, linked through system actions, and this ensures that operators are assisted when events occur.

The IPS 3D technology makes use of geo-referencing, enabling the VMS to be ‘aware’ of the exact location of cameras, and to correlate the data with absolute positioning devices and smart system maps.

To provide seamless support, IPS 3D technology works on a system level rather than at a camera level. By adding intelligence to the relationships between cameras, edge devices and the graphical user interface, it provides real benefits for businesses and organisations.

The IPS 3D technology delivers accurate levels of camera control, alarm handling and target tracking during an incident. There are three benefits of 3D technology: intuitive PTZ control, manual object tracking and automated tracking over multiple devices. When an incident occurs, the system can either simplify the tracking of suspects, or fully automate the process so human error is not a risk factor.

With the value of copper rising, E-netz Südhessen – a distribution network operator for electricity and natural gas in 62 municipalities – suffered repeated thefts of earthing cables from substations. IPS was contracted to equip over 100 cameras at 27 locations with analytics functionality, monitored from a control centre in Darmstadt.

The transformer stations are distributed over vast areas and are often remote. In order to enhance security and meet compliance needs, the locations were equipped with thermal cameras running IPS Outdoor Detection analytics. This automatically detects intruders and sends a notification to the control centre.

The thermal cameras are located within the site and only record activity from the property. Also, thermal imaging cameras do not allow personal identification. This ensured issues with GDPR could be easily managed. Thermal cameras are not susceptible to many of the environmental conditions which impact on video, so detection is more reliable.

Previously, manned patrols were used to check the sites, but guards were not allowed to enter the sites for health and safety reasons. The IVA-based system reduces the cost of patrols and allows around-the-clock monitoring of the critical areas needing protection. 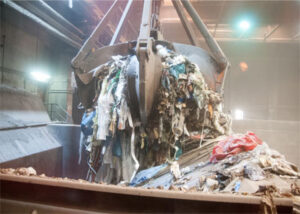 Another case for the use of analytics is a plant in Helmstedt which uses waste to generate energy. The waste incineration plant, TRV Buschhaus, meets the electricity needs of around 85,000 households in the region. Such plants have to meet the strictest requirements with regard to emission limits, as well as meeting the highest technical requirements.

With a legacy analogue system in place, an upgrade was required with a gradual transition to digital alternatives. The plant was not primarily concerned with security. The main goals were to monitor production and logistics processes, detection of safety breaches, and documentation of deliveries.

The project had to be realised without operational downtime or breaks in power production, and it was necessary to use both the legacy devices and new system elements via one unified interface. The solution was IPS VideoManager.

Around 40 cameras are managed by IPS VideoManager. The video feeds back to a central control room, but the system can also be managed from different locations. For example, in the crane cockpit, which is located above the garbage bunker, the operator can see a view of what is happening in and around the bunker. The control room makes use of a video wall, giving the operator access to all cameras.

Roman Kastner, Head of Production, stated, ‘We are very satisfied and are now in the process of equipping other critical points. Even if there is a malfunction in the network, it can be rectified very quickly, as operation in the IPS VideoManager is easy.’

Delivering Protection for Energy and Utilities