The University of the West of England invests on Wisenet 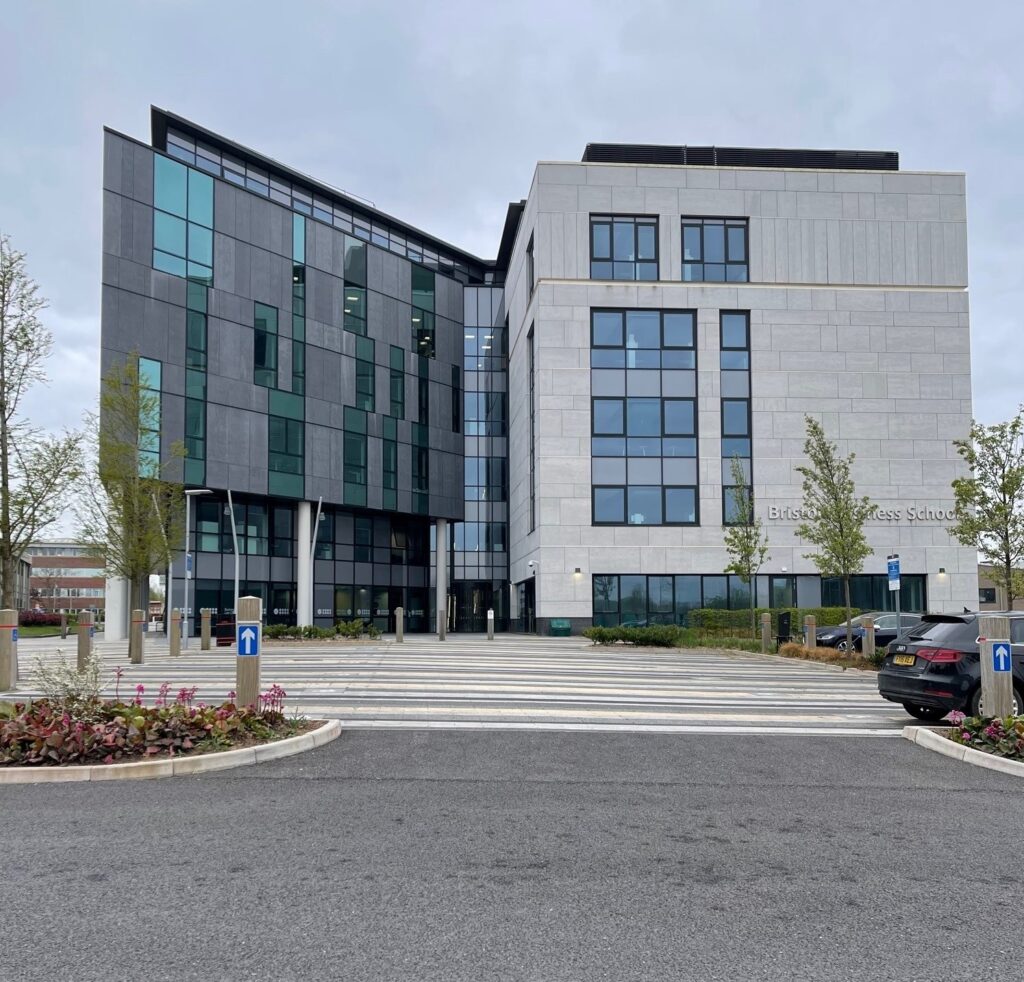 The University of the West of England (UWE Bristol) serves over 30,000 students from 140 countries. It has over 3,200 staff, and is one of the largest universities in the UK with three modern campus locations: the main Frenchay Campus, City Campus (Bower Ashton, Watershed, Spike Island, and Arnolfini) and Glenside Campus.

Over the past five years the university has invested over £300 million in its state-of-the-art facilities and it needed a video surveillance system that matched. It previously had a CCTV system over a decade old, which wasn’t fully operational and regularly had downtime issues. The UWE Facilities-Estates team looked for a solution that would help maintain operational security in order to keep students and staff safe 24/7, that could scale across its different campuses, and that would bring video surveillance up to date with modern technology.

“We have enjoyed a close business relationship with The University of the West of England for many years and are delighted to have been entrusted to design, install, commission and maintain the new system”, said Keyton Matthews, Director & Owner, of KSCM Ltd. “The new Wisenet cameras and WAVE VMS have equipped the university with much improved quality footage, increased reliability and uptime, as well as  future-proofing for the university’s future plans and needs.” 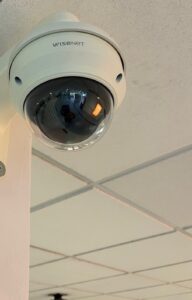 UWE was attracted to Hanwha Techwin’s Wisenet cameras and Wisenet WAVE VMS due to the system’s flexibility and reliability. The team carried out a phased upgrade of its existing video surveillance system so having the ability to support both the legacy cameras and new Wisenet cameras on a single WAVE VMS was a significant operational benefit. Three-quarters of the university’s CCTV cameras (around 150+ devices) have now been replaced, along with all recorders and the VMS. The Wisenet solution was also chosen as it had improved quality cameras and footage, with greater cost-effectiveness when it came to the devices’ and VMS’ lifecycle.

Along with the new cameras and VMS, the team also installed new CCTV client computers and improved screens in the Frenchay Campus control room (previously they had a selection of smaller and inconsistent screens, which have been upgraded to six 42 inch large, high resolution displays). The screens present UWE’s security team live feed 24/7/365 and have the capability to display recorded events that have occurred across the three campuses so they can be more proactive and informed about anyone entering and exiting a building, any damages (and who caused it), any potential crimes, and anyone trapped in lifts or in buildings after-hours.

The university installed the Wisenet WAVE system, an open video platform that can integrate with a wide range of other security solutions. It offers cloud, desktop, mobile, and server, to fit an array of different organisational needs. Furthermore, the system is designed to be highly intuitive to use, so teams can get up-and-running with the VMS quickly. It requires very little computing power and can be installed within minutes. It does not require a system with high specifications. This makes it particularly well-suited for the education sector. 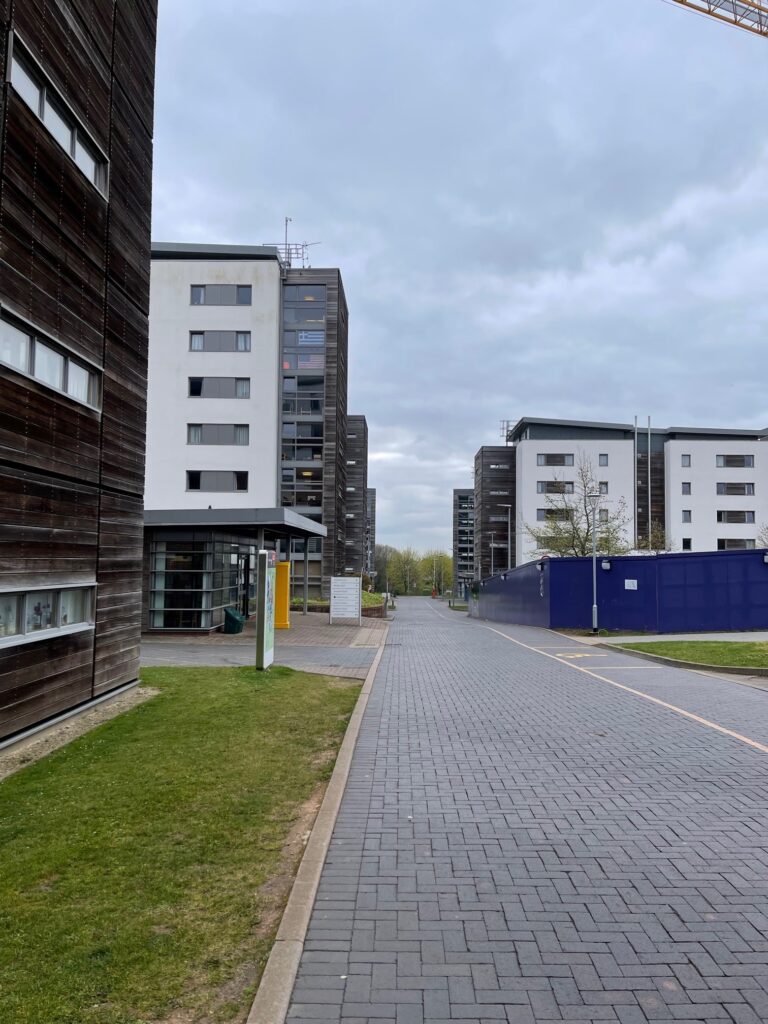 When an event occurs, the UWE team can look back through video footage to understand important contextual information like when the event occurred, who was present near the event, and any damage that occurred. They can also closely monitor any higher risk areas like campus entrances and receptions, and see who is entering and exiting the university property.

UWE has also invested and recently upgraded its automatic number plate recognition system (ALPR/ANPR) and cameras to more accurately identify the vehicles entering and exiting its sites. The system has been upgraded to detect not only the number plate, but also the make, model, and colour of vehicles to offer even more situational awareness.

“The Wisenet VMS has been excellent for UWE,” says Mr Joe Thorndyke, Engineer of Intelligent Building Systems at University of the West of England, “We have just hit 100% operational capacity — something that we haven’t had for at least four years. That’s down to the reliability of the Wisenet/WAVE cameras & system, their helpful and knowledgeable assistance, and the hard work of our incumbent installer, KSCM Ltd.”

Mr Thorndyke adds, “The Hanwha Techwin team have been really helpful throughout the whole project, going above and beyond to deliver solutions. We only have to ask for some assistance and they arrive onsite swiftly or remotely guide, to show us how to do something on the system or help us set it up.”

The university is continuing to roll out greater CCTV coverage across the estate, particularly into difficult remote areas devoid of normal network capability, such as car parks and fence line boundaries. This is being provisioned using external fibre connected roadside boxes and directly fibre connected CCTV cameras utilising media converters. All of which are connected to the Wisenet WAVE system.

UWE is considering additional capability in the Wisenet cameras and WAVE system to include some people counting. Specifically, to measure jaywalking on and across the campus road systems in order to determine better provision of signage and crossing points at key routes used by people. Thereby reducing the potential for accidents, making the campus a safe place to navigate.

A further project is the install/upgrade of the security control rooms in ​​Glenside and Bower Ashton to create live and redundant capabilities within other campuses, should the main Frenchay campus be compromised. This will help the security team and the university with disaster management, if for any reason, the main control room cannot be accessed.

How AI at the edge benefits network surveillance...