Traceable locking system for one of the UK’s largest seaports 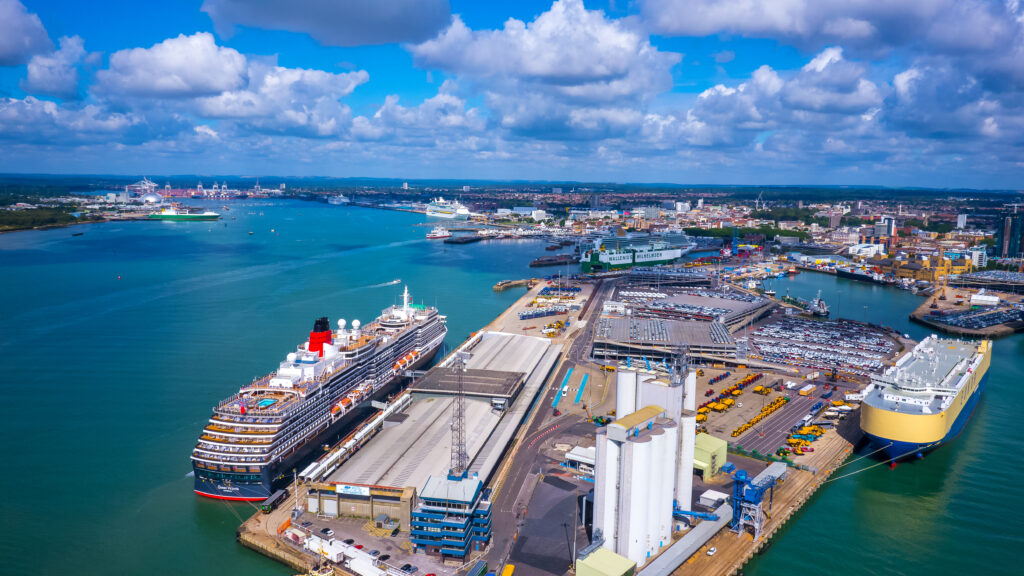 The port of Southampton is one of the UK’s busiest and most important ports handling over 14 million tonnes of commodities a year. The port is widely recognised as the centre of the country’s cruise industry and the biggest turnaround port in Europe, welcoming over 2 million passengers a year, using five world-class cruise terminals.

It is also the number one car handling port in the UK, handling over 900,000 vehicles. This is in addition to taking fresh produce, a variety of general cargo including dry bulk cargoes, minerals such as animal feed, agri-bulks, sand aggregates, marble chippings, ferrous scrap and woodchip.

The scale of the site and nature of its operations means that many individuals have access to the quayside, creating challenges with both security and health and safety.

The port owner, Associated British Ports ABP, sought a system that could more effectively secure the berths. It required a traceable method to provide audit trails, allowing them to authorise and identify each key holder. In addition, the system needed to be efficient, without having to replace the entire suite if one key was stolen or lost.

ABP selected CLIQ from Abloy UK, comprising padlocks and electronic keys that can be programmed to give authorised people access to specific port areas at designated times. The project began with a trial of 20 CLIQ padlocks and now comprises 156 components, and this is expanding.

The CLIQ system allows the security team to have complete control over access to the port berths. Audit trail generation will enable them to identify which keyholder is responsible if a breach of the security or health and safety protocols, such as leaving a gate open.

The keys can also be reprogrammed, for instance, if someone leaves the company or requires different access, so key management is much more secure and convenient. This also reduces the risk of lost or stolen keys which can simply be deleted from the system.

Furthermore, with the initial configuration in place, the system is scalable. ABP can quickly expand the system by ordering new keys and locks and programming them on the management platform. In addition to the Port of Southampton, ABP has rolled out CLIQ at Hull, Immingham and other smaller ports.

Andrew Billings, Group Head of Security at Associated British Ports, said: “The project was seamless. I had a lot of support from Abloy all the way through – there’s always someone at the end of the phone ready to help. The port now has a product that will last, has a high-security specification and which gives us absolute peace of mind.”

Steve Wintle, Head of Critical Infrastructure at Abloy UK, said: “A complex site does not always require a complex solution. CLIQ’s simplicity and the efficiency it brings to managing access is why it continues to be the locking and security system choice. I’m exceptionally pleased with the success of the project with ABP, and it’s fantastic to know that our solution is helping to bolster their robust health and safety practices.”

Construction sites to depend more on monitored tech for security