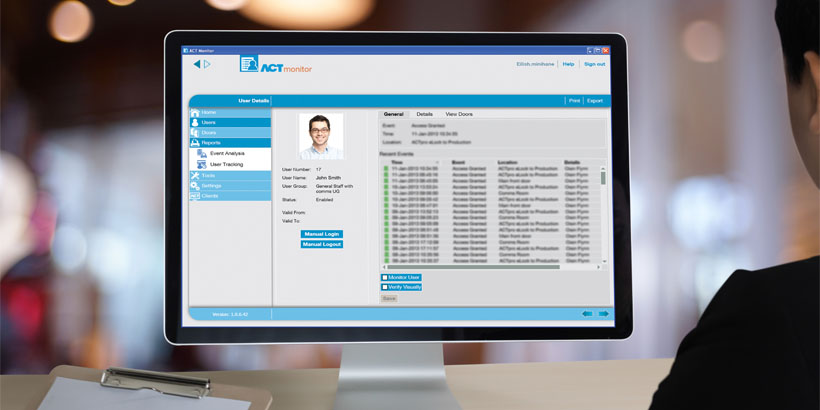 Vanderbilt has released ACT Enterprise 2.14. The latest version includes extended integration with KONE and new video integrations with Hanwha. The software has also added contact traceability reporting to its suite of tools. Users of ACT Enterprise can now track potentially close contact cases within their building, including doors they may have interacted with.

Alex Holmström, Global Sales Director at Vanderbilt, stated, ‘This feature will help businesses create a safer and cleaner environment for their staff. System users can now remotely monitor their office from anywhere in the world, including tracking international travellers to their site.’

ACT Enterprise 2.14 also sees additional benefits added to the software’s existing integration with KONE. By supporting KONE’s latest API calls, it allows for a much faster install time compared with traditional hardwired input and outputs. Instead, ACT Enterprise and KONE software communicate at an API level. This optimises the KONE system by having an efficient throughput within the building.

Michael Moyna, Senior Product Manager at Vanderbilt, explains, ‘The benefits of KONE integration are twofold. It makes the installation and integration of  KONE and ACT more straightforward because there is no cabling required as with traditional hardwired elevator control. The ACT software talks directly to the KONE server via the KONE API. This allows for a large increase in footfall through the elevator system. This means users can prioritise elevators and make them work  efficiently. For example, during morning rush hour, the elevator can be configured for optimal utilisation to ensure effective throughput.’

Another release in this version is video integration with Hanwha’s Wisenet WAVE system and Dahua. These video additions complement integrations that include Milestone, 3XLogic and Hikvision. ACT Enterprise can play live or recorded video associated with a door through the video integrations.

When an event happens, the operator can click on the event in ACT Enterprise and replay the video recording from the Wisenet WAVE system.

The Need for Robust Integrations