Maximising the Return from Alarm Systems 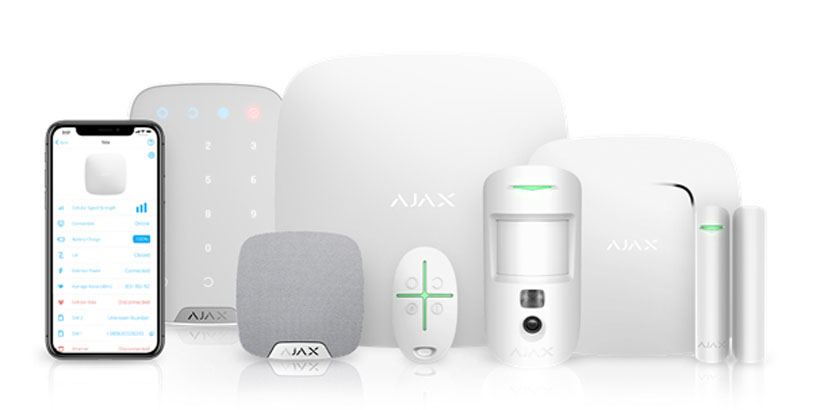 Traditional alarm systems are often used for one reason, despite the technology offering a number of additional benefits. Most systems solely serve to generate an alarm or notifications if an intrusion occurs. Often this approach is driven by the perceptions of end users as to what their system is capable of. However, modern alarm systems can deliver numerous added value features which enhance the return on investment.

For many end users, whether in the corporate sector or the residential space, the intruder detection system is colloquially known as a burglar alarm, and this reference underlines why many customers view their investment as being somewhat one-dimensional. Alarm systems detect intruders, and in reality that remains the core reason for specifying one. However, it doesn’t deliver the full picture when it comes to functionality.

Like many security systems, intruder detection works by gathering a vast array of data about the real-time status at a site. In the past, many systems used simple mechanical relays. As digital technology came on tap but processing and storage was costly, data which didn’t relate to an intrusion was often discarded. The control panel predominantly used basic signals from sensors relating to motion or doors and windows opening while the system was set.

Modern solutions enjoy a significantly higher level of data processing and storage, allowing a smarter approach to be taken. While these systems still offer a high degree of critical protection against threats such as intrusion, they can also deliver notifications if other events occur, such as fire, flood, building-based transactions, etc..

The Ajax system is suitable for protecting any type of premises from break-in, fire and flood. If an event occurs it immediately activates sirens, notifies users via mobile app, and transmits alarm information to an ARC (alarm receiving centre).

MotionCam detectors feature an integral camera to eliminate false alarms. Detectors do not record around the clock, but capture images only when triggered. If video surveillance is required, it’s possible to integrate video cameras from third-parties using the RTSP protocol.

Ajax devices communicate via Jeweller radio technology, which ensures two-way communication with an operational range of up to 2km dependent upon site conditions. The data transmitted is protected from encryption. In case of interference or a jamming attempt, the system switches to a free radio frequency, as well as notifying the user and security company. Ajax needs less than 0.15 seconds to deliver an alarm.

Ajax equipment is rated to Grade 2 of EN 50131, as well as the fire protection standard EN 14604. The central control panels operate using a proprietary OS. Detectors use built-in batteries with a claimed working life of 7 years, and hubs have a backup battery life of 16 hours. The system uses a SIM-card for cellular connection. If a system becomes disconnected, the Ajax Cloud server reports the problem after seven minutes, thanks to regular polling.

The Ajax security system can be connected to central monitoring stations via Contact ID or SIA standards.

Installation and configuration are simple, using QR codes on the devices and the Ajax app. This process takes less than a minute, and the default settings are optimal for most applications.

Detectors, control devices and hubs are configured remotely via the app. A notification is generated when the device does not work correctly or requires battery replacement.

For the user, the system is controlled via a mobile app. Notifications ensure users are aware of the system status. Ajax also has geolocation reminders that assist in keeping the system armed.

The Ajax range includes wireless plug-and-play sockets, low-current and power relays. These allow control of electrical appliances or lights via the Ajax mobile app. It’s possible to configure the system to automatically manage situations, such as automatically turning off water if leakage is detected, switching off power in case of fire, configuring home activity simulation when the premises is unoccupied, etc..

The Evolution of Alarm Systems