Home SectorsCritical Infrastructure The Next Generation of Accurate Detection 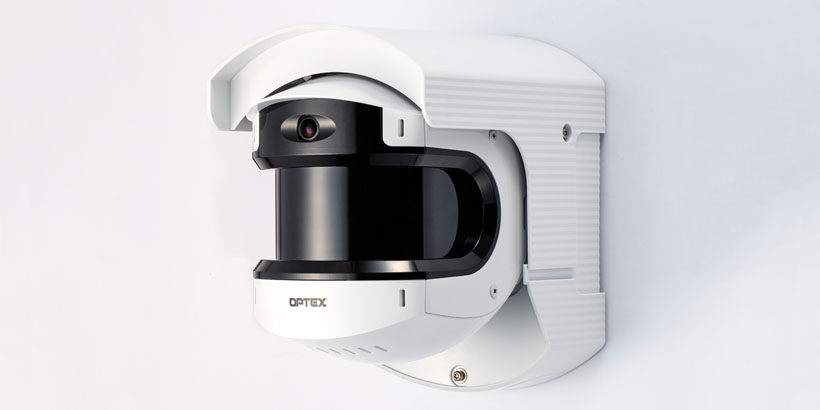 With the growing demand for smart campus and smart city applications, the need for intelligent detection has grown. The ability to detect activity, filter events and take different actions dependent upon the circumstances has long been sought after by a growing number of integrators and end users, but has often proved challenging to achieve without maintaining reliability and accuracy. However, the situation is about to change.

Historically, external detection has been something of a mixed bag. Many years ago, many manufacturers simply packaged sensors designed for internal use in IP-rated housings and sold them as external detectors. The high rates of nuisance activations and erratic catch performance led to these devices being relegated to use for switching lighting. Regulations meant external detection couldn’t be used in graded systems, and unless a high level of investment was made into a PIDS (perimeter intruder detection system) solution, external detection didn’t figure highly in system designs.

Despite this, the role of external detection has always been high on the wish-list of many customers. It makes sense to detect intruders or incidents at the earliest possible opportunity, often long before they have gained entry to buildings. The cost of damage alone can make even failed burglaries very costly, so detection before an attempt is made to force an entry is beneficial.

Because of the benefits of an early detection, manufacturers worked to develop external detectors which delivered enhanced catch performance, coupled with greater levels of reliability. Advanced signal processing and nuisance alarm source rejection improved overall performance, and the use of different layers of intrusion detection, improved performance even further.

Modern external detection devices are significantly advanced when considered against sensors from a few years ago. Stable, effective and bristling with a range of features and functions, there are still challenges which face those designing and delivering intelligent detection solutions. For example, if an integrator wants to initiate different actions based upon where an activity takes place, they often need to link numerous devices and program separate types of actions to be taken when each triggers.

By nature, most sensors generate an alarm condition when motion or the presence of a person is detected. Such devices typically have a single output, and as such any detection in the field of view will trigger an activation. In many applications, this is all that is needed. However, in intelligent applications, it may not have the required level of accuracy.

With high quality modern external space detectors, it is quite possible that sensors may have coverage areas of 1,500 square metres or more. While these can work well in video triggering applications, they still deliver too general an alert for the application of smarter solutions. While using a number of sensors with shorter ranges may be a more common approach, it over complicates the system design, and may not allow the implementation of double knock scenarios or using AND/OR configurations.

The latter are useful if a pre-alarm is desired. If, for example, a yard is being protected which has an access road to storage areas leading from it, the user might require certain actions to be taken in people are detected in the yard, but may want a different outcome if those people then enter the access route to the secure storage areas.

Additionally, as an increasing number of customers seek an enhanced Return on Investment from their security systems, using external detectors as triggers for non-security applications can be problematic, unless the condition being monitored is motion in a sterile zone.

While these issues are not problems with conventional intruder detection, they can restrict the flexibility on offer when added value is sought from a system.

In recent years, the security sector has seen the growth of LiDAR sensors. LiDAR (light detection and ranging) is a technology which works by dispersing pulses of laser light, and measuring their return time as they are reflected off surfaces. It uses the return times and changes in wavelength to create a representation of the monitored space. By continually scanning a space, the sensor can not only accurately detect people and objects, but it can also provide X and Y axes for any target, delivering positive positioning data.

Unlike some detection technologies, LiDAR works by identifying the presence of an exceptional object: one which is not normal in the scene. It effectively ‘learns’ permanent objects, such as buildings, street furniture, etc., but reports objects which have ‘entered’ the scene.

LiDAR sensors offer a high degree of flexibility, and are used in a variety of applications ranging from vehicle sensing to precision manufacturing. However, when used for security, it is critical to ensure the supplier of the sensor is a specialist in site protection. Using a LiDAR sensor designed for process control in a security application will result in poor performance.

The use of LiDAR is still relatively new in security, but specialist detection manufacturers, such as OPTEX, have optimised the technology for intruder detection applications. With the latest REDSCAN Pro range, the accuracy and ability to pinpoint the location of an alarm source is a key benefit, but there is a lot more which can be achieved with the sensors.

Large areas can be protected with a single sensor, including multiple independent detection areas, and zones can be created to allow for varying levels of risk. Detection can be configured for horizontal or vertical planes, allowing flexibility when designing a system. This enables unusual applications, such as protection of rooftops, as well as a host of other uses.

The sensors can detect an object’s size and speed, which allows more accurate filtering of potential alarm sources. This improves performance and allows users to have confidence in the detection solution.

To adapt the detection pattern to accommodate changing ground levels due to the accumulation of leaves, snow or sand, the sensor features auto-learning function, and its stability in challenging environmental conditions, such as heavy fog and snow, has been improved through new environmental resistance features. To help identify if there are any objects triggering nuisance alarms, the REDSCAN Pro features a panoramic camera which visualises the scene and logs images and alarm events together in the log.

The sensor, which can be configured remotely via a web browser, even includes a video-based feature to allow simpler configuration and verification of nuisance alarms. By investigating issues during the installation period, installers can identify events which generate alarms and – if necessary – tweak the configurations for higher levels of accuracy.

The use of LiDAR sensors looks set to grow significantly, both in high-risk applications such as critical national infrastructure, transportation, manufacturing, logistics and campus-style commercial sites. However, because one sensor can cover very large areas with high degrees of accuracy, the deployment of REDSCAN Pro devices will be a cost-effective solution for many sites.

It also should be remembered that because the sensor delivers X and Y coordinates for detected targets, it can deliver actionable data to leading VMS, video analytics and other smart solutions which use geospatial data. This can allow integration with mapping-based functions, triggering of local devices, smart tracking with camera handover, etc..

Intelligent LiDAR detectors, such as the REDSCAN Pro, look set to change the possibilities available from smart intruder detection solutions, and will enable added value and credible performance, enhancing the RoI for many end users.

COMING SOON: An in-depth look at the features and functions available from REDSCAN Pro

Eliminating the ‘Grudge’ from Intruder Alarms