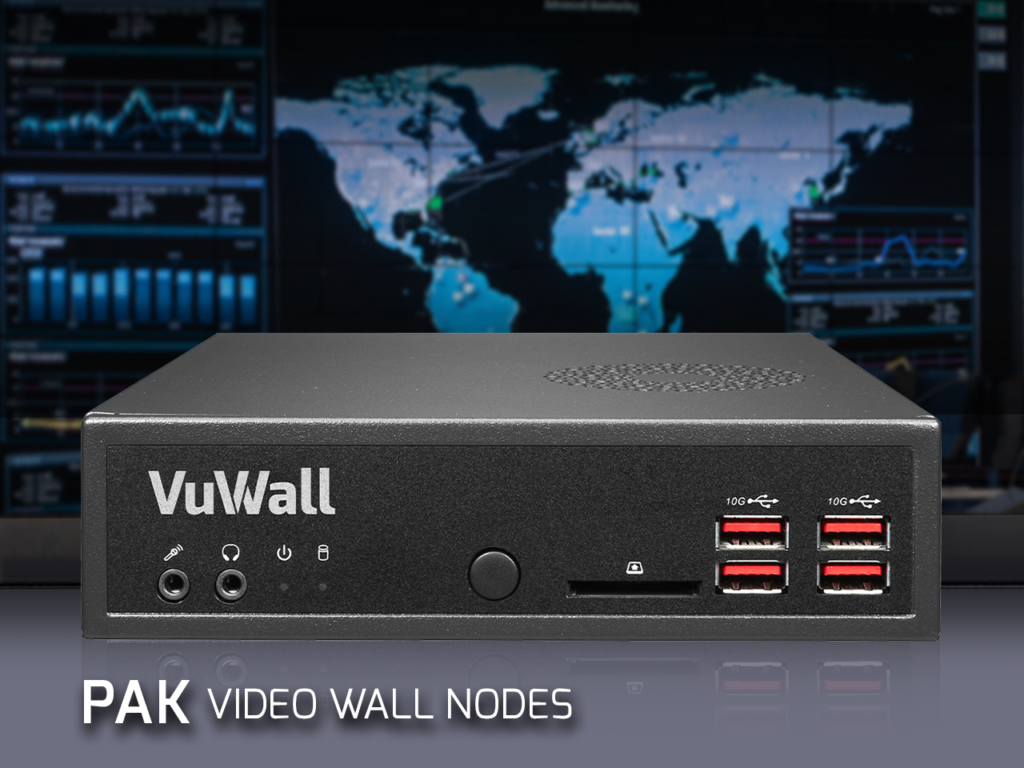 PAK is a networked, multidecode node that can operate as a stand-alone device or be stitched with other nodes to build an IP-based video wall that is infinitely scalable. It simplifies video wall project deployments by reducing the number of connections and eliminating a single point of failure, reducing project risk, and offering improved reliability.

“If we peek behind many of today’s video walls, we’d expect to see an incredible amount of expensive hardware and lengthy cable runs snaking from an overcrowded rack that takes many labour hours to deploy,” said Mark Schmidt, chief technology officer of VuWall. “Unlike traditional video wall systems, it’s extremely easy to build video walls with PAK. Whether large or small, all that’s required are PAK appliances. To increase the size of a video wall, simply add a PAK. The only spare component needed to keep in stock is the PAK, reducing inventory costs and project complexity.”