Exploiting the Power of Metadata 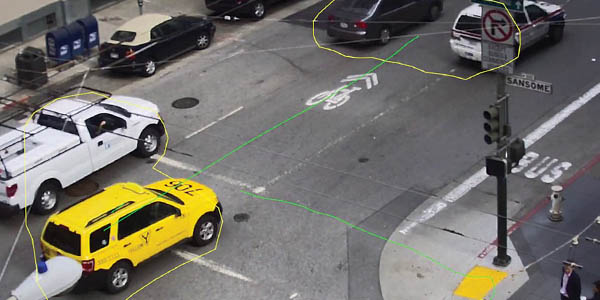 In previous articles, Benchmark has considered what metadata is and how it describes, in detail, events and activities in a captured video stream. Where this metadata is recorded along with the video stream, its value lies in enabling integrators to deliver a solution that allows advanced searches, even when an analytic rule wasn’t applied when the video was recorded. In this article we consider the simplicity with which metadata allows searches for new violations and exceptions. Bosch Security enables smart management of metadata, delivering advanced benefits and added value for the end user.

Metadata is data that describes data. It is made up of a whole raft of information which contains detailed intelligence about all aspects activity, motion and changes in a captured segment of video. When IVA processing is applied to a video stream, the analytics engine uses the created metadata to assess what is happening in the video. As a result, metadata is of significant value in a smart security solution.

Because the IVA uses metadata to detect exceptions and infringements, this means that if the metadata has been archived, the analytics engine can use it after recording to enable new and varied searches.

Some systems discard metadata after it has been used. This means that, for example, if the IVA had been set up to detect people loitering and you later wanted to examine the recorded footage to find a vehicle travelling at speed, you wouldn’t be able to do so. However, you can if the metadata has been recorded.

If you view raw metadata, it’s pretty much impossible to decipher it to ascertain what has happened. The data includes such a vast array of information, and as a result it would be useless to an integrator or installer, and certainly pointless for an end user or system operator to view it.

However, metadata is machine-readable, which means re-examining footage is as simple as setting up an initial analytics rule. 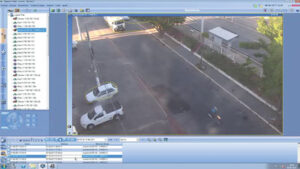 IVA includes more robust detection, managing changes in lighting or harsh environmental conditions. Analytics rules include all those supplied with EVA, along with tracking of ships, object counting using a virtual line or within an area, occupancy levels, motion and speed in crowds, wrong-way flow, and facial detection.

With both EVA and IVA, the analytics engines record the metadata, and as a result it can be used to create advanced searches and filtering, whether an event has been configured into the video analytics or not. If there is no need to visually verify alerts (such as where the intended use is to measure occupancy or where counting only requires the generation of alphanumeric reports), Bosch edge devices can be configured to only stream and record the metadata.

By recording the metadata alongside the video stream, the Bosch video analytics ensure a smarter approach can be taken to video management. This functionality is Forensic Search.

Forensic Search allows a system operator to carry out a smart search of archived footage to discover and identify exceptions and events with ease. The functionality is accessed via the GUI of the BVMS software (the Bosch video management system) or from the operational screens of a Bosch NVR. 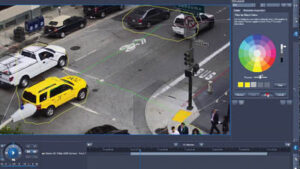 Forensic Search enables recorded footage to be assessed and analysed in the same way that analytics rules are created for live video. Because it uses the same configurations, this makes it intuitive and enables integrators to provide enhanced benefits to their customers without a need to dedicate resources to training and customer support.

The best way to explain Forensic Search is to use an example. If a camera is set up to cover a site entrance, the video analytics might be configured to detect all vehicles which enter and leave the site.

Whilst this is simple to achieve, it might be discovered that a pedestrian wearing a red jacket entered the area during the day and stole a vehicle. If the time of then incident is not known, an operator will typically be tasked with scrubbing through the video to find the suspect. This is not only time-consuming but also prone to the relevant footage being missed.

Because Bosch EVA- and IVA-enabled edge devices allow the metadata to be streamed and recorded, creating a smart search to identify the individual is simple, as the Forensic Search feature allows the system to reanalyse the data, making the system more flexible.

The first step is for the operator to select the relevant camera via the Client software or the NVR GUI, and then in playback mode to identify the relevant time period. In the case of our example this would be between the site opening and the discovery of the theft.

If any IVA rules are already in existence, these need to be disabled before the search rule is created.

Using standard IVA rule creation tools, the operator can then add a detection type, such as a virtual line with directional discrimination to detect objects entering the site through the site entrance. Using object classification and size criteria they can ensure detected targets are people, can also filter using the colour red.

When creating a Forensic Search, any criteria available via the EVA or IVA functionality can be used, meaning the analysis of footage after an event, using archived metadata, can be as thorough as it is with live video analytics.

Once the search criteria has been selected, the final step is to click a button to start the search. Video from the search time window is analysed and any matching events are flagged up for further examination. These can then be managed by the operator as any other flagged IVA events are, including exporting for use as evidence.

While the EVA and IVA functionality from Bosch offers the best licence-free edge-based analytics Benchmark has tested, what really sets it apart is the ability to use archived metadata to create advanced searches, even if the analytics did not cover the event in question at the time of recording. It’s a benefit to any integrators creating a smart surveillance solution.