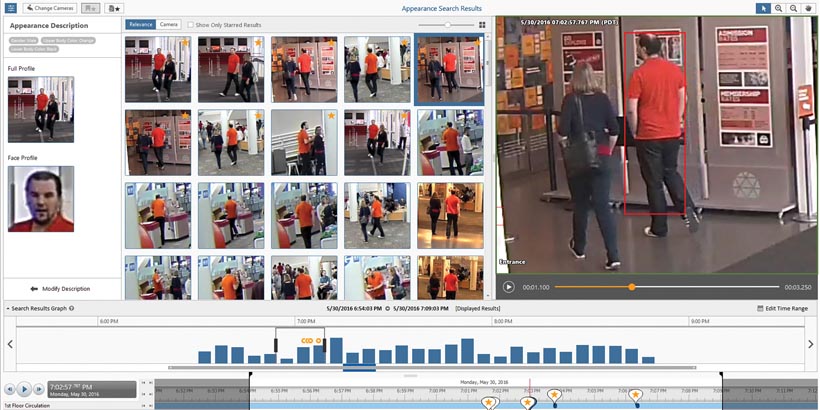 In recent articles, Benchmark has considered the business case for the deployment of smart search solutions, and has assessed the performance of Avigilon Appearance Search to see what it offers system integrators and security installers. In the final article addressing smart search solutions, we consider the benefits for end users.

It has to be accepted that the majority of end users who implement video surveillance systems are aware of the many benefits available from the technology, both in terms of site security and additional business intelligence data collection. Video is a great enabler for the vast majority of businesses and organisations.

For system integrators and security installers, understanding the benefits of video to an end user is vital, because a clear understanding of customers’ expectations and requirements makes a system easier to sell. As with any technology, the level of investment is typically based upon a value-oriented assessment.

The more value a system adds for the business on a day-to-day basis, the easier it is for the user to justify their investment. Additional value equals a higher return on investment, and for many that is a key part of the purchasing decision.

Today’s video surveillance market is seeing an increase in applications using higher numbers of video capture devices. This is partly because the current technological landscape has eroded many of the traditional barriers to higher camera counts.

Available bandwidth, while still a consideration, is no longer a significant limitation on the number of cameras that can be deployed. Despite increased video resolutions and a greater demand for real-time streams, compression technologies have also evolved significantly. The introduction of smart encoding allows video streams to be automatically managed using dynamic bit-rate control, which also allows the deployment of more cameras without a detrimental impact on overall efficiency.

Some systems previously needed data throughput to be ‘throttled’ to ensure that processing power was not depleted. This is no longer the case, and today’s latest generation processors offer enhanced power whilst also enabling hardware acceleration.

Video storage and archiving has also followed a similar pattern to processing. The falling cost of HDDs and SSDs, coupled with ever-increasing drive capacities, makes the archiving of multiple camera streams efficient and cost-effective.

Finally, it must be recognised that the capital cost of camera hardware has decreased across the board.

The flexibility of network-based infrastructure, coupled with lower cost devices, has allowed users to expand the video surveillance of their sites.

However, higher camera counts do have one down-side. Video streams create huge amounts of data, and locating relevant footage quickly and easily can become a real challenge for system operators.

End users with a history of video surveillance use will recognise that systems with high camera counts do have a weakness. Unless the user knows where and when an incident has occurred, locating footage – including historical data that shows events leading up to and following the incident, as well as footage that allows the creation of a timeline – can be difficult. This is exacerbated when the site in question has tens or even hundreds of cameras. Searching through multiple streams of video for what might be no more than a few seconds of relevant footage is a slow, labour-intensive and error-ridden process. 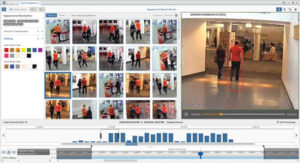 In many cases, the process of finding the various clips and linking them together becomes so complex that incidents and simply not resolved. The required time and resources to follow up an event means a resolution is simply not viable.

Given the customer has purchased an advanced video solution, this inability to quickly and efficiently find relevant footage, to link clips together to create a time-line or to analytically assess supplementary information means the solution is unlikely to meet their expectations.

For system integrators and security installers offering surveillance solutions, this single weakness is something that can be the difference between winning or losing a contract.

Avigilon’s Appearance Search technology eliminates this issue by using AI-based algorithms and deep learning technology to quickly and accurately search video data, across defined time windows and camera groups, to locate instances containing selected people or vehicles. As instances are found, those of interest can be ‘starred’ and these positive results are used to further teach the search engine about the target. As such, presented instances become more accurate. The system can also identify periods outside of the defined time window where relevant video clips have been identified. Searches can therefore be expanded across additional cameras and time zones without the need for hit-and-miss video scrubbing.

The value of Appearance Search’s ability to quickly and accurately locate footage of interest not only enhances security by building a smart evidence trail, but also enables compliance and liability issues to be addressed.

Avigilon Appearance Search was deployed as part of a solution implemented by Billings Public Schools (BPS), the largest school district in the state of Montana, USA. The BPS portfolio comprises 31 schools, with 1,800 teachers and over 17,000 students. 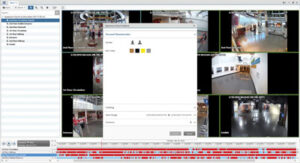 One school faced issues of high crime rates and on-site incidents. Within seven months of the installation, a considerable change became obvious. The system, which utilised the Appearance Search smart technology, proved to be an effective investigative tool and helped to mitigate violence, de-escalate bullying and reduce vandalism and theft.

Additionally, the Appearance Search technology demonstrated its value with regards to establishing liability for on-site events. In one such case, BPS used the Appearance Search technology to track and identify an individual responsible for a door being left open which resulted in a burglary. The technology quickly allowed the user to ascertain a contractor working on-site had not secured the door, allowing BPS to hold the contractor accountable for the cost of the related damages.

Kevin Kirkman, Principal at Riverside Middle School, stated, ‘When an incident occurs, school administrators no longer have to talk to multiple individuals to try and figure out what happened. The investigation is simple; we can see what happened, clear as day. It’s made it easier to uphold school rules and maintain a safe environment for students and staff.’

The ability to ascertain who has been involved in incidents, along with identifying accomplices, has also proved invaluable. Because searches can flag footage across numerous cameras, it becomes a simple task to collect evidence which can be viewed in chronological order. This eliminates a need for investigations involving witnesses or victims. The simplicity of the smart search functions makes it simple for an operator to quickly and easily collate all relevant footage using a few mouse clicks.

Kirkman points out, ‘When a student is facing bullying, our security system can help to take the target off their back. Kids are often scared to voice these kinds of issues to an adult because they fear retaliation, but now we can catch bullying without it being reported; we can gather robust video evidence and address the behaviour without creating further problems for the victim.’

Another example of how Appearance Search adds value can be demonstrated via the implementation at Charlotte Hungerford Hospital. The facility’s legacy security system meant the hospital’s management were often unable to provide accurate evidence during forensic investigations. As a result, many liability claims and incidents went unresolved. This situation is not uncommon, and highlights how user expectations are not met on many occasions.

The upgraded system made use of Avigilon Appearance Search technology, and this enabled operators to quickly and easily locate specific persons or vehicles of interest across all cameras, both inside the hospital and care centres, as well as across external areas.

This functionality provided enhanced situational awareness for management, enabling fast event response which saved time and effort during critical investigations. As such, the use of Appearance Search increased the return on investment for the hospital, and ensured the end user’s expectations were met.

A recent addition to the functionality of Avigilon Appearance Search enables businesses and organisations to ensure any footage shared with other agencies meets the criteria for GDPR compliance. 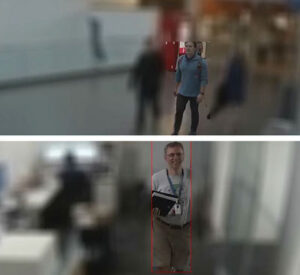 Video footage including individuals is often classed as personal data under the regulations, and as such needs to be handled in a way that protects the privacy and rights of other people in any archived scenes.

Because Appearance Search uses object classification, all searches identify a specific person or vehicle within a viewed scene. These ‘objects’ have bounding boxes which are used to identify the targets. When evidential video is exported, it is possible to pixilate all video outside of the bounding box, thereby ensuring that other people or vehicles in a scene are not identifiable, while the target can be clearly seen.

As the video clip has the non-critical areas blurred during the export process, the original video recording is always preserved by the Avigilon VMS.

Avigilon Appearance Search is a smart search tool that adds real value for end users, and as such represents a worthwhile investment for many businesses and organisations. System operators can be more effective and efficient, time and resources are saved, and the level of security is significantly enhanced.

Appearance Search is also easy to implement as the technology forms an integral part of the Avigilon video surveillance solution functionality.

NIS – do your systems comply with the cybersecurity directive?

Reaping the benefits of IP-based audio