Smart solutions such as intelligent buildings and smart cities are grabbing the headlines at present, and with good reason. Businesses and organisations understand the value of ‘big data’, and how it can be mined with the results used to introduce efficiencies across a wide range of corporate needs. It is a rare company or organisation that does not want to become more efficient, and in modern systems we have much of the capability to offer such services.

When considering the potential impact of intelligent buildings and smart cities, it is very easy to think of the associated technologies as being separate to the solutions on offer from the systems-based security industry. Our focus has always been the prevention of crime, the mitigation of risks and the management of incidents when they occur. As vital as these tasks are, the reality is that the security industry arguably sells itself short on many occasions.

Intelligent buildings or cities rely on one thing to function to an optimum level: data. The collection of accurate data, in real-time, is essential for the decision-making processes such solutions carry out. If the data used to make decisions is inaccurate, untimely or based upon suppositions, then any smart environment will inevitably fail. As such, smart systems are data hungry.

However, it’s not just a case of collecting as much data as possible. The value for end users comes from smart buildings and cities having access to accurate and credible data which can be actioned. It is too easy to think that all data is vital.

Even if captured data is important, it will be of little use in a smart building scenario if it cannot be used to create relevant actions.

There is an IT industry term: GIGO. This stands for ‘Garbage In, Garbage Out’, and it is very much true in smart building and smart city applications. Integrators and end users looking to branch into the delivery of smart site implementations need to understand that ‘Garbage’ does not solely refer to inaccurate or outdated data. It can also include data which, while accurate and credible, simply cannot be actioned effectively.

If you consider security solutions, they are effectively data collection and analysis systems. Because of the nature of security and risk mitigation, the systems are designed to capture accurate real-time data, and often to verify that data. The data collected is usually relevant to site and building status, and therefore it can be exploited to achieve many intelligent building goals.

Because of its nature, typical data collected by security systems is often the type of information which intelligent building and smart city solutions require to make accurate and credible decisions.

By considering the various technologies involved in a complete security solution, it becomes possible to understand the vast range of data that is being captured and the roles it can play in smart integrations. 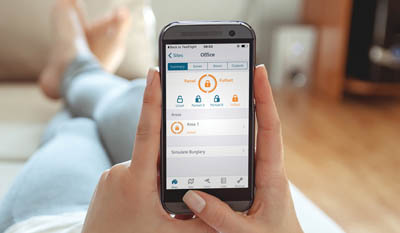 Access control systems capture and process data about who enters (and often who leaves) a building. It is also possible to track people around a site, knowing who is where at any given time. This enables definite occupancy data to be captured, along with easily searchable records of who is on and off site.

Access control records can contain much more information that a user’s identity and access permissions. Supplementary information can include qualifications such as first aider, H&S trained worker, fire marshal, etc.. They can also link specific individuals with assets, tools or other items to enhance management.

Access control data can be used to manage intelligent tasks based upon specific individuals being on site, or non-specific individuals from certain access groups, or persons with defined qualifications. Actions can also be based upon occupancy levels, expected personnel or vehicular flows. Processes can also be triggered and controlled dependent upon whether rooms, departments floors or buildings are either occupied or unoccupied.

Because access data is often used for security, muster reporting and payroll information, the data has to be accurate and delivered reliably in real-time. As such, it provides an important data source which is of significant value to intelligent buildings or smart environments.

Moving on to site protection systems, the potential for exploiting the data captured by intruder detection systems is not always appreciated, even within the security industry itself. Whilst data which identifies users is predominantly gained from User PIN numbers employed for setting and unsetting the system or the implementation of configuration changes, there is still a wealth of general data relating to the site status. The site status information gathered by alarm systems does offer a number of benefits when creating an intelligent building solution. 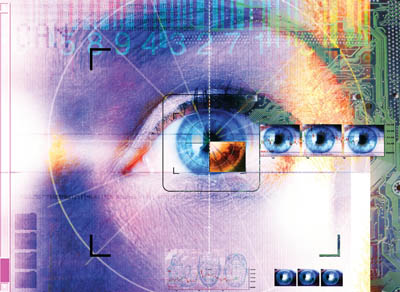 For example, areas and partitions can be identified as set or unset, and zones with or without motion can be identified in real-time. Also, the status of doors and windows can be monitored, with the opening and/or closing of portals being able to trigger actions.

With secure wireless options available, this allows the use of contacts on a wide range of items as well as entry/exit points or windows. Cupboards and drawers can be monitored, as can cabinets, fridges and freezers, storage boxes and even mobile assets with the use of accelerometer-based devices.

Whether using external or internal detection, contacts, shock sensors, or peripheral devices such as temperature or humidity sensors, the power of intruder-based systems is the ability to create double-knock scenarios, timer-based actions and advanced logic rules.

The latest intruder alarm systems include a plethora of additional features and functions, many of which can be applied to create smart events. By using the flexibility of zone types in modern systems, devices can be used to send push notifications when the system is unset, and generate alarms when it is set.

Video is a great enabling technology, and as well as enhancing security it can deliver a variety of data which is of great value in smart integrations.

In recent times, advances in processing power and the increased use of GPUs to manage off-loaded data processing has seen the potential for capturing and exploiting data from video surveillance systems grow in an exponential way.

Video surveillance data offers a number of diverse benefits as it allows visually detectable information to be exploited without the need for human intervention or verification. While CCTV was predominantly a reactive technology, today’s video surveillance solutions are proactive thanks to the increased use of IVA and AI-based technologies for search and filtering.

Video surveillance offers data which can be processed for a very wide range of status reports. These range from simple events such as motion-based triggers, through a whole range of intelligent analytics triggers, to site status reports based upon activity, occupancy, flow and direction, entry and exit times, condition reporting, etc.. 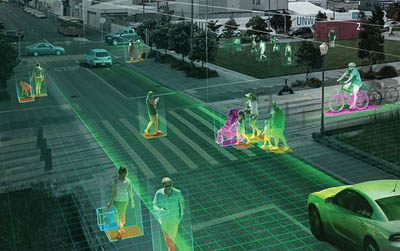 As the use of GPUs increases, so a growing number of video systems also offer object recognition based upon deep learning algorithms. These can differentiate specific objects, even though they might be of a similar size and shape as other objects, or even display the same types of behavioural characteristics.

Object recognition is different to object detection. With detection, the IVA simply detects that an object is in the viewed scene, typically by putting a bounding box around targets which were not in a reference image or which move. Some object detection algorithms will estimate whether the object is a person or vehicle based upon rudimentary criteria such as size, shape, speed, etc.. However, this is not object recognition.

Object recognition is made up of various algorithms which use advanced analysis to identify objects in images. The algorithms predict the classification of the object in an image. It does this based upon machine learning, and therefore needs to be ‘taught’ about objects and their parameters. The accuracy of the classification increases as more images of an object are used for learning.

Deep learning ensures the potential on offer from video surveillance in smart buildings goes far beyond security, by allowing a depth of filtering choices to provide data about a wide range of conditions. 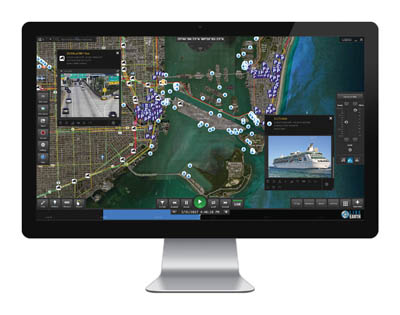 In essence, any data that can be visually captured can then be processed as a part of a smart solution. Data can be collected about moving or stationary objects, appearing or disappearing people or items, speed and direction of travel, size and shape of objects (or object classification where implemented), dwell or loitering times, motion or lack of motion, behavioural trends, anomalies and exceptions, coloured objects, etc..

Increasingly, rules based upon multiple criteria can be initiated, either at an edge device or at a central management software platform. The information can be pulled from any of the security system technologies, and as a result can provide significant benefits in an intelligent building or smart city implementation.

It is important to realise a smart building or city will not have every single function integrated. Few users want that. Many will already have legacy systems that perform certain tasks, and will be more than happy with how these function.
Additional smart functionality which exploits the data being captured by the security system can be added incrementally, delivering proof of concept for the end user. As their requirements grow, so additional elements can be introduced. In many cases, the customer will not have thought about how they’d like to utilise data from the security system, often because they don’t realise the potential available from the system. Therefore, the key to additional business lies in ensuring users appreciate the power and flexibility of modern solutions.

The options range from general site management, such as controlling power when a department, floor or building is vacant or managing access to car parks out of working hours, through to very specific tasks such as alerting staff if occupancy in a public area reaches a predefined level, or directing delivery vehicles to a certain loading bay.

Through a combination of system features and functions and logic-based rules, advanced automation and building management actions can be established with relative ease. Not only does this enhance the return on investment for the customer, but it also allows the use of additional budget from other cost centres. This in turn ensures systems can be created which exceed the user’s expectations.

End users are investing in smart technologies to create intelligent buildings and campuses. Such investments add business efficiencies, and offer an enhanced return on investment. The additional business that offering smart functionality will bring is essential to future growth. However, unless the functionality is sold to the customers, they are unlikely to fully understand just how flexible their systems are.