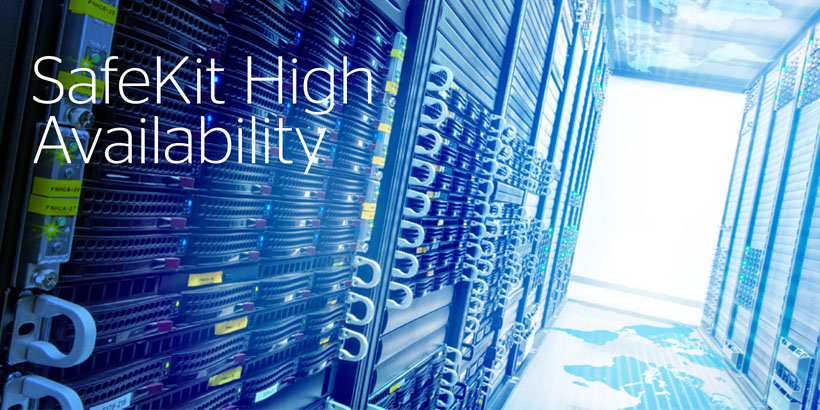 Businesses and organisations are increasingly seeking solutions which not only secure their people, premises and assets, but also offer added value in terms of operation efficiency, business intelligence and smart site management. With increased levels of integration and technological convergence, the traditional approach where systems are ‘siloed’ is no longer acceptable. While a converged approach does deliver a host of benefits for the user, it also places a high level of strain on infrastructure. Therefore, it is vital measures are put in place to ensure continuity and resilience.

Many years ago, designing a video surveillance system was a relatively simple task. Integrators needed to assess a site and identify potential points of risk such as entrances and exits, windows, flat rooves, etc.. If there was a potential point of entry to a building, it needed to be protected. The next step would be to identify any external areas of a site which might come under threat, such as storage areas, car parks, goods in/out areas and the like.

Because video systems were solely used for security, and as such offered no other benefits, budgets were generally limited. This resulted in the number of cameras being kept as low as possible, and often compromises were made in terms of video performance to manage costs. This not only led to cumbersome and inflexible solutions, but it meant video systems were usually siloed, unable to share data with any other systems.

In recent years, advances in technology have resulted in significant changes in how video systems are designed. Where once connectivity made use of dedicated coaxial cable infrastructure, modern systems can make use of a diverse infrastructure. Hard-wired and wireless data network technology is used, and often on-premise hardware is used alongside cloud-based infrastructure. However, the biggest changes have occurred due to the ability to integrate systems, allowing the creation of smart solutions which deliver a range of benefits.

The evolution of video

To illustrate how the landscape for modern video-based solutions has changed, it is worth considering the evolution of how users are exploiting the technology for available benefits.

When video was reliant upon dedicated networks and closed composite technologies, video was rarely considered for any other business purpose than security. Systems were designed to use as few cameras as possible, and functionality didn’t extend beyond recording and (typically) local playback. Resolutions were low, video was recorded in time-lapse modes, and usually the only way to review footage was to visit the control room or collect a tape and replay it on a compatible time-lapse VCR.

It is important to realise these constraints existed because of limitations in technology, not because no wanted real-time high quality footage. However, to eradicate the limitations resulted in huge increases in costs.

As digital technology became increasingly prominent, so many of the limitations were overcome. Image quality increased, as did the ability to capture real-time images from all cameras. It also became possible to share video, both on site and with off-site locations. However, because video remained the sole preserve of security and safety teams, the focus remained on keeping camera numbers low and focusing on risk-related tasks. This also allowed bandwidth and computational resources to be easily managed.

In recent times, video has undergone something of a sea change. Resolutions and quality continue to increase, as does functionality. Geographical location of devices, servers or operators is no longer a concern. However, the real difference has been driven by the introduction of intelligence in video solutions. AI-enabled systems and the use of deep learning has allowed video system to not only enhance the level of protection on offer, but to create and drive business efficiencies through other tasks.

Business intelligence and building management are two area which offer real-term benefits to users, adding value and increasing profitability while also delivering a significant return on investment. The use of these smart technologies, coupled with the use of metadata, means today’s video systems can deliver a range of benefits for various departments. As collectors of big data, video systems are second to none.

Whether collecting information about footfall in a retail environment, monitoring for blockages on railway tracks, capturing real-time geo-location data in logistics operations, detecting failures on manufacturing lines, enforcing social distancing and face mask wearing, or tracking stock levels in warehouses, video is a tool an increasing number of businesses are employing to help run their businesses.

While these benefits are in demand from a growing number of users, they do present something of a challenge for integrators and service providers. The load on systems, and the need for resilience, is increasing.

While a site might have used 20 cameras for security, it may now require 40 devices because of the additional benefits it enjoys from video. Cameras might be added to track vehicles to help manage loading and unloading, to monitor production lines to identify problems, to assess footfall in a supermarket based upon the location of promotional displays, etc.. These additional cameras are required, because they support everyday trading for so many businesses. However, each additional camera creates data, adding to the system load and eating into the available bandwidth.

The issue is further compounded as a growing number of businesses and organisations seek a unified interface for their on-promise systems. Taking retail as an example, in the past most large sites had a dedicated control room which handled all the video. Staff sat in front of banks of monitors, watching for exceptions to take place. Today, it makes no sense to dedicated real estate and man hours to tasks which smart technology can automate.

Additionally, where video data is used to assess footfall, heat mapping, people counting and other tasks, that data needs to be delivered to the relevant teams. Time spent contacting local stores for the data is time wasted, and in a world of always-on communications, is not efficient.

By bringing data to one central point from geographically widespread sites, real efficiencies can be realised. However, this approach relies on the continuity and resilience of the infrastructure. What is needed is a solution which protects against loss and failure, such as Evidian SafeKit.

Evidian SafeKit is a software product designed to manage load balancing, real-time file replication, application failover and the ability to restore data after a server failure or outage. As it is a software product, it reduces the costs of other solutions which may be reliant on network load balancers or dedicated proxy servers. It also provides a simpler approach to shared disk or replicated SAN storage.

Designed to be easy to implement, no special IT skills are required to deploy a SafeKit cluster, and the fact that shared disks and replicated SAN storage is not needed reduces costs. SafeKit is hardware agnostic and can run on legacy servers, on virtual machines, or in the cloud. It is compatible with Windows and Linux, and does not require enterprise databases.

Support for Evidian SafeKit is already available to integrators as the company offers versions designed for integration with established VMS software such as Milestone Xprotect, Hanwha Techwin SSD, SiPass and Nedap solutions, amongst others. It can be added to existing installations, as well as offering a credible level of support and resilience for new applications.

In addition, the company offers trial software, allowing integrators to assess the software’s capabilities and demonstrate the benefits to end users.

COMING SOON: Benchmark takes a closer look at how SafeKit can benefit your projects