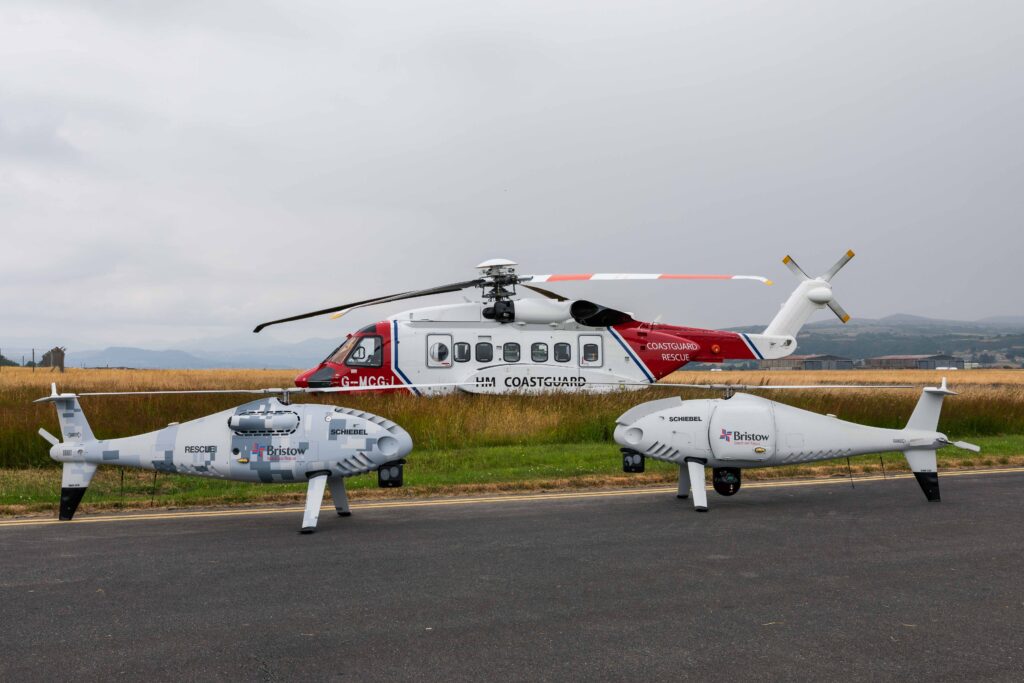 Bristow, a developer of vertical flight drones, has been awarded a 10-year contract by the UK Maritime Coastguard Agency (MCA) to deliver the Second-Generation Search and Rescue (UKSAR2G) programme. The contract includes the operational deployment of Schiebel’s CAMCOPTER S-100 Unmanned Air System (UAS).

The new contract expands and builds on the existing capabilities Bristow has delivered to the MCA since 2015, most notably the life-saving search and rescue helicopter service (SAR) for HM Coastguard.

In January 2019, Bristow received the delivery of its first Schiebel CAMCOPTER S-100 system, consisting of two aircraft, a Ground Control Station and engineering and logistic support as a Proof of Concept capability. Its aim was to prove the utility of combining unmanned with manned aviation in the SAR role to ensure greater efficiency and effectiveness. In 2022, Bristow took delivery of a second system, stationed on the south coast of England supporting the MCA and HM Coastguard operations in the English Channel. Recently, Bristow trained additional pilots and engineers to maintain its fleet of S-100 in the UK.

The CAMCOPTER S-100 Vertical Takeoff and Landing (VTOL) UAS needs no prepared area or supporting launch or recovery equipment. It operates day and night, under adverse weather conditions with a range of payloads, out to 200 km, both on land and at sea.

Hans Georg Schiebel, Chairman of the Schiebel Group, said: “We are immensely proud that the S-100 is the UAS of choice to support SAR activities in the UK. The unrivalled maritime experience of the S-100 and the countless operations all over the world make the Schiebel UAS ideally suited for the UKSAR2G programme.”