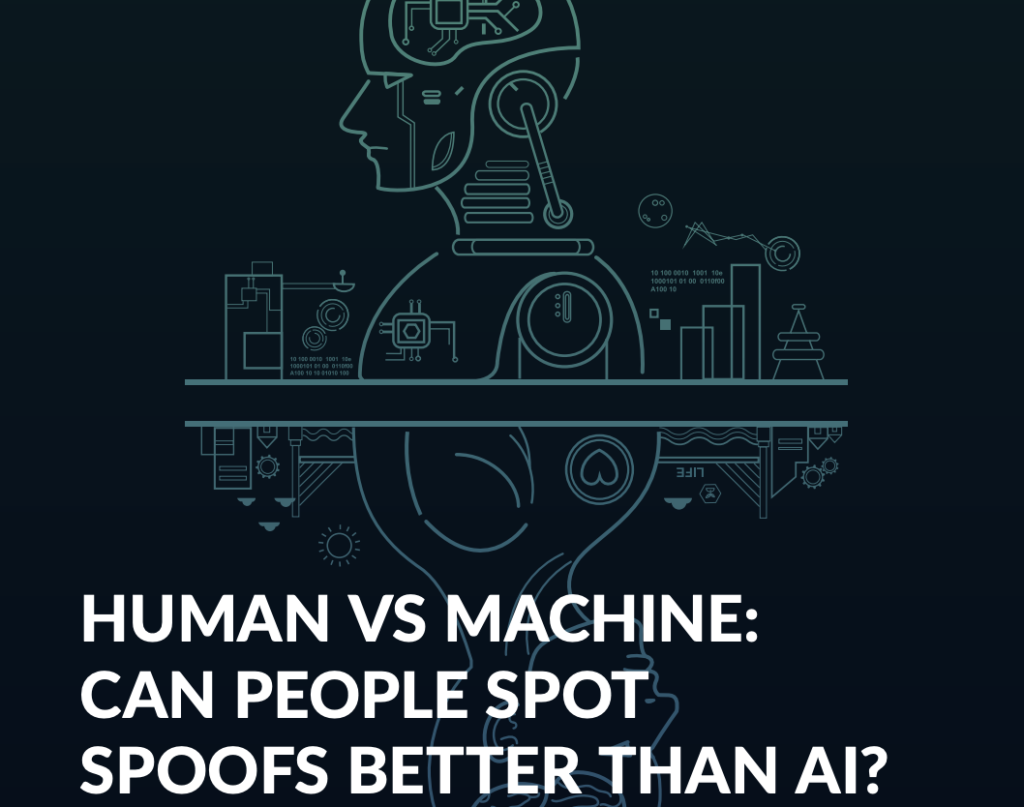 Identifying whether a face is present and not a spoof, is critical to stopping fraudsters from imitating real customers during processes like creating a new account for a banking app. According to a recent report, humans have far greater difficulty identifying spoofed faces compared to computers performing the same task.

The research report, entitled ‘Human vs Machine: Can people spot spoofs better than AI?’ was commissioned by ID R&D, a provider of AI-based voice and face biometrics.

Some of the findings include proof that computers are more adept than humans at facial liveness detection. The study tested humans and machines by presenting them with the most commonly used spoofing techniques: printed photos, videos, digital images, or 2D or 3D masks.

Computers outclassed humans across all five techniques by scoring 0% error rates across all 175,000 images, and all types of attack.

Humans, on the other hand, had a far lower degree of accuracy for every type of spoofing technique, including misidentifying 30% of printed photo spoofs, one of the easiest attack types of fraudsters. Even when a group of seventeen humans deliberated over the images, resulting in a more accurate outcome than an individual human,  their majority decisions were never better than the computer’s performance on the same task.

Computers were also almost twenty times quicker to determine liveness. On average, it took humans 4.8 seconds per image, whereas computers running on one CPU core recorded on average less than 0.5 seconds per image. This ability to be ten times faster than humans means computers are able to support the rapid rise in facial recognition for identity verification and authentication.

This performance is strong evidence for organizations in financial services and other industries staking trust in automation. Their reliance upon it for layers of fraud detection can save time and enable human resources to be focused on other areas of the consumer lifecycle.

Despite the strong performance of computers at spotting spoofs, overzealous fraud detection must not compromise the experience of genuine customers. Many facial recognition systems on the market achieve low rates for letting fraudsters in by making it likely that genuine users are also caught in the net.

However, in this study, the AI machine erroneously classified just 1% of genuine faces as spoofs.  Humans, on the other hand, misclassified 18% of genuine faces as spoofs, proving that automation technology is also better than humans at keeping genuine users out of the fraud net. Organisations may rest assured that technology has become the best way to ensure frictionless verification experiences for customers.

“The results are undeniable; we can leverage technology to keep us safe from fraudsters,” said Alexey Khitrov, CEO at ID R&D. “Biometric technology has undergone significant evolution in recent years to increase speed and accuracy, outperforming the human eye. Organizations can make fantastic efficiencies by using biometric systems. However, there is still work to be done. The technologies must continue to find the balance between security and convenience, by reducing fraud to the minimum amount possible while ensuring genuine customers have a perfectly smooth experience.”